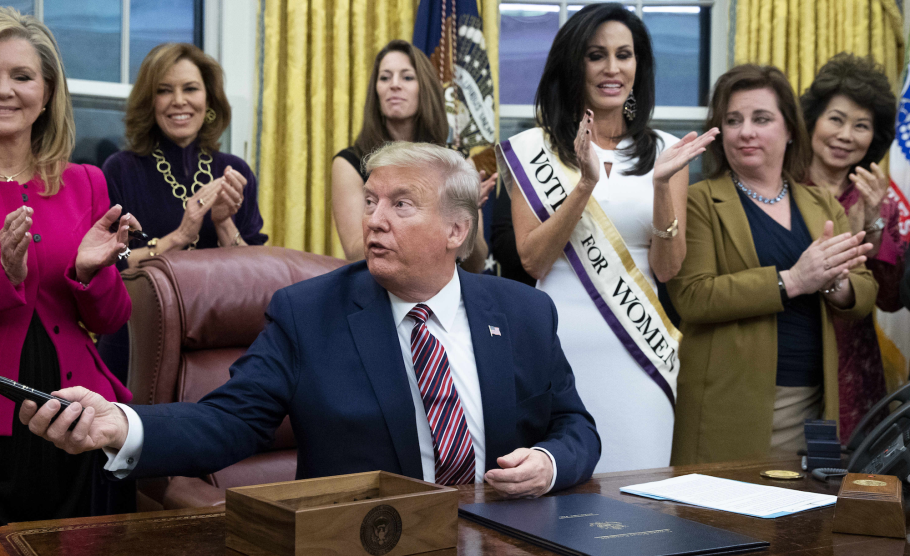 Does Donald Trump know what defines a centennial?

The question arose on Monday during a White House event commemorating the passage of a bill honoring the women’s suffrage movement. The Women’s Suffrage Centennial Commemorative Coin Act, which directs the Treasury Department to mint up to 400,000 $1 silver coins celebrating the 19th Amendment, passed with unanimous consent in Congress and is one of the least controversial bills to land on the president’s desk.

But as Trump opened his mouth in an attempt to lavish praise on himself for the bill—on its own, an absurd moment—trouble quickly arrived. “I’m curious,” he asked from the Oval Office, “why wasn’t it done a long time ago? I guess the answer to that is because now I’m president, we get things done.”

Trump’s curiosity immediately called into question whether he understands how centennials work, as the 19th Amendment was ratified in 1920 and the coins will debut in January 2020. The bill’s lead sponsor and newly minted vocal supporter of the president, Rep. Elise Stefanik (R-NY), apparently was not available to help the president untangle the tricky, four-syllable word.

"I'm curious why wasn't it done a long time ago? And also, I guess the answer to that is because now I'm president, we get things done."