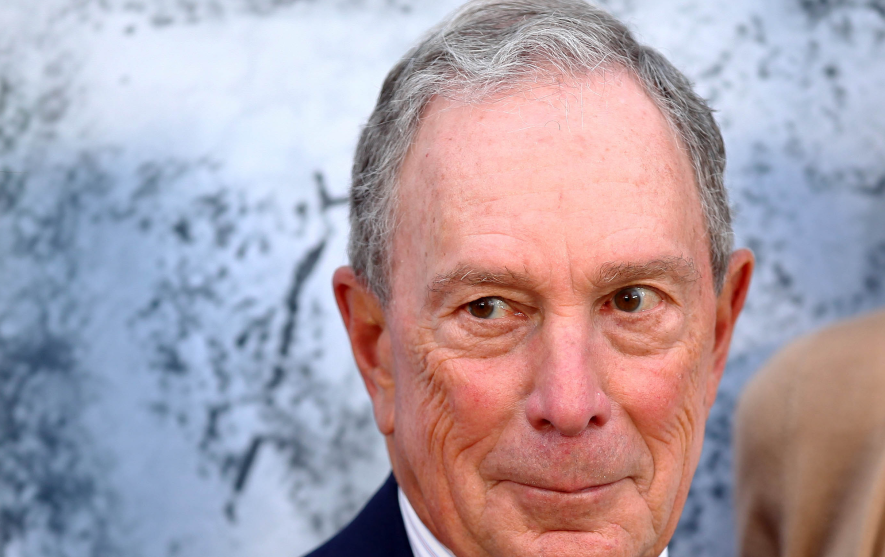 Michael Bloomberg, the billionaire former New York City mayor, has officially thrown his hat into the ring of the Democratic presidential primary.

“I’m running for president to defeat Donald Trump and rebuild America,” Bloomberg said in a statement on Sunday. “We cannot afford four more years of President Trump’s reckless and unethical actions. He represents an existential threat to our country and our values. If he wins another term in office, we may never recover from the damage.”

Bloomberg’s entry into the crowded field, while late, is not surprising. In recent weeks, he’s been quietly filing all the right paperwork; one of his advisers recently tweeted that the boss has become “increasingly concerned” with the current Democratic field. But those purported anxieties likely only sharpened the criticism coming from the candidates who are now officially his rivals for the nomination. “Elections should not be for sale, not to billionaires, not to corporate executives,” Sen. Elizabeth Warren said at a campaign event on Saturday. Sen. Bernie Sanders went one step further, proclaiming that he is “disgusted” by Bloomberg’s presidential ambitions and his recent $34 million ad buy.

Bloomberg’s first presidential video isn’t likely to diffuse that anger. In fact, for Warren and Sanders, the spot contains a lot they could potentially criticize.

The video plays up Bloomberg’s distant, middle-class roots, with only passing references to the $54.4 billion fortune he currently enjoys. It goes on to portray his 2001 run for New York City mayor as his heroic, personal response to the September 11 terrorist attacks. “When New York suffered the terrible tragedy of 9/11,” the narrator reads, as images of the Twin Towers’ rubble flash on the screen, “he took charge, becoming a three-term mayor who brought a city back from the ashes.”

That narrative leaves out the record-breaking $50 million that Bloomberg, a Republican at the time, personally injected into his 2001 bid, while omitting the crucial endorsement he received from Rudy Giuliani late in the race, which helped propel him to a narrow win against Democrat Mark Green.

That line also displays a curious pride in having served three terms, which for the uninitiated sounds reasonably impressive. But in addition to spending a staggering $102 million for his final mayoral run, Bloomberg famously worked with then-city council speaker Christine Quinn to overturn the law that would have limited him to two terms. And Quinn lost her own bid for mayor four years later, partly due to the perception of a back-door deal with Bloomberg.

The rhetoric in Bloomberg’s video isn’t exactly new, either. As the New Yorker wrote in 2013:

In his speech, Bloomberg reminded everyone of these achievements. He also spoke of the earlier prophecies of New York’s post-9/11 decline, which turned out to be short-sighted. But his defense of his three terms in office was so robust that, at times, he seemed to come close to suggesting that he had single-handedly saved the city. In the wake of unprecedented uncertainty and fear twelve years ago, he said, “New Yorkers were lucky enough, or I was lucky enough, or we were lucky enough I guess is the way to phrase it, to be elected, this administration.”

There are, of course, legitimate accomplishments listed in Bloomberg’s video, including his work on gun control and climate change—causes that have indeed benefited from his enormous fortune. But in a year when Democratic contenders are lining up to decry the political influence of big money, it remains to be seen whether Bloomberg’s story will resonate with voters.