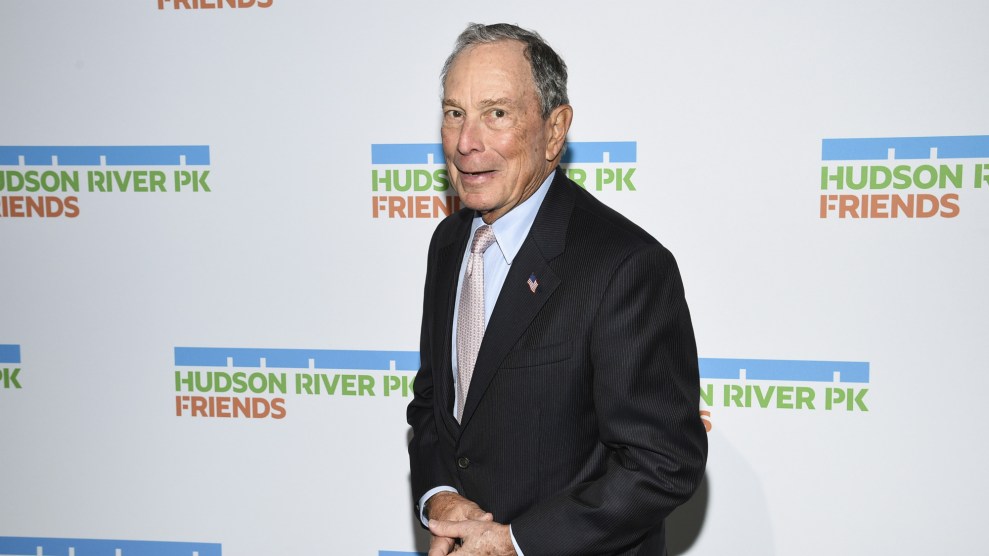 Donald Trump has enraged Democrats and ethics watchdogs with his ongoing refusal to release his tax returns, but with the possibility of another New York City billionaire mounting a bid for the White House, Trump may not be the only 2020 candidate trying to shield his finances from public scrutiny.

On Thursday, supporters of Michael Bloomberg began laying the groundwork for a possible presidential campaign on the Democratic ticket. If he does jump into the race, it’s an open question about whether Bloomberg, who’s worth an estimated $52.4 billion, will adhere to the precedent, dating back to 1974, of presidential contenders disclosing their returns. During his 12 years as mayor of New York, Bloomberg largely resisted revealing all but the most cursory information about his personal finances.

In 2001, when he first ran for mayor, Bloomberg refused to release his IRS filings even as his rivals disclosed theirs. Asked why his competitors would release their returns but he wouldn’t, Bloomberg reportedly snarled that it was easy for other candidates who didn’t have his wealth.

“That is fine,” he told reporters. “They don’t make anything.”

As mayor, Bloomberg was slightly more forthcoming. He invited reporters to City Hall to view highly redacted versions of his tax returns that, for instance, listed his income in a range of “$500,000 or more,” instead of giving an actual figure. While that’s more tax information than what Trump has ever revealed, it does little to illuminate the extent of Bloomberg’s wealth, his sources of income, and whether he pays a fair share of taxes. Bloomberg’s mayoral press office would tell reporters the tax rate that the mayor was paying—but only the tax rate before all of his deductions were taken out, making it likely that he was actually paying much lower rates.

According to the Wall Street Journal, Bloomberg defended his reluctance to publicize details of his wealth or his tax returns because it would reveal too much information about the inner workings of Bloomberg LP, the media conglomerate that he owns, to the company’s competitors. Trump, for his part, has claimed he can’t release his returns because he’s under audit, an excuse that tax experts say doesn’t hold up.

A spokesperson for Bloomberg could not be reached for comment on whether the former New York mayor will be more transparent if he runs for president. But his excuse about revealing competitive information would no longer hold up. That’s because while there is no law requiring presidential candidates to release their tax returns, they disclose fairly detailed personal financial information concerning their assets, debts, and major sources of income. Much of the information is reported in ranges, but such a disclosure would likely reveal at least some of the financial secrets Bloomberg has sought to keep private.