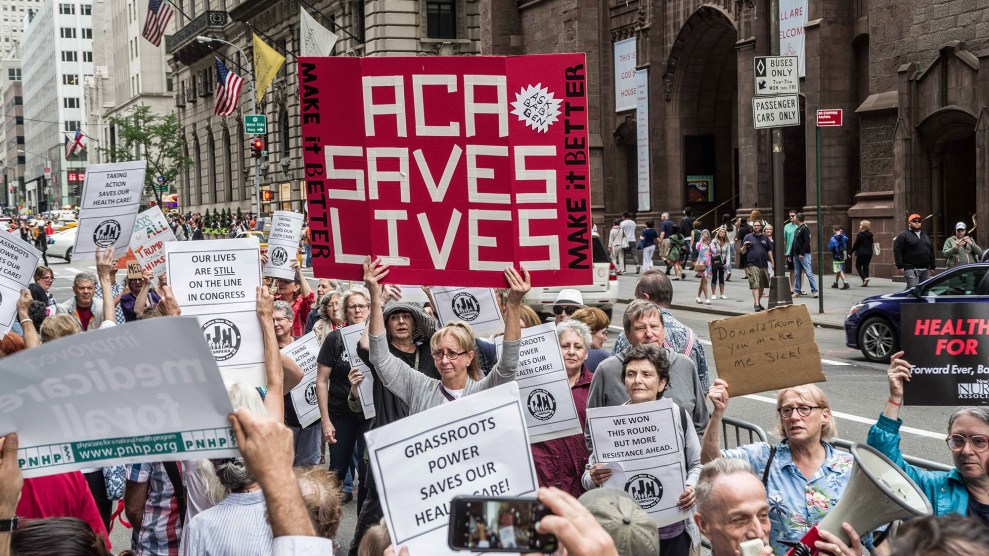 The Fifth Circuit Court of Appeals determined that the individual mandate—a key part of the Affordable Care Act requiring uninsured Americans to pay a yearly penalty—was unconstitutional since it could no longer be considered a tax after the GOP tax bill from 2017 set the penalty for failing to obtain insurance at $0. In 2012, the Supreme Court upheld the ACA on the grounds that the individual mandate was a tax.

Still, the central question of Texas v. United States—whether the lack of an individual mandate invalidates the rest of the ACA—remains unanswered. The case has been sent back down to a district court to decide which parts of the law can stand and which must be jettisoned. That could spell serious trouble for many popular provisions of the law—including the ban on charging higher rates and denying coverage based on preexisting conditions—since that lower court previously struck down the entire ACA after ruling against the mandate.

The case was initially filed by a group of Republican state attorneys general, but the Trump administration later signed on to argue that all of Obamacare should be struck down. The Fifth Circuit’s decision to remand the case back to district court might offer political cover to Trump, though, since it is now unlikely that the case would reach the Supreme Court before the next election.

The upshot of the Fifth Circuit decision seems to be slowing down the litigation of around Obamacare repeal by sending key questions back to district court. Seems to make it impossible for SCOTUS to hear before the election.https://t.co/vhy8sBi7mZ

For now, the ruling has no actual effects on the law outside the mandate. The ACA remains in effect, and people who signed up for insurance during the 2020 open enrollment period will still be covered.