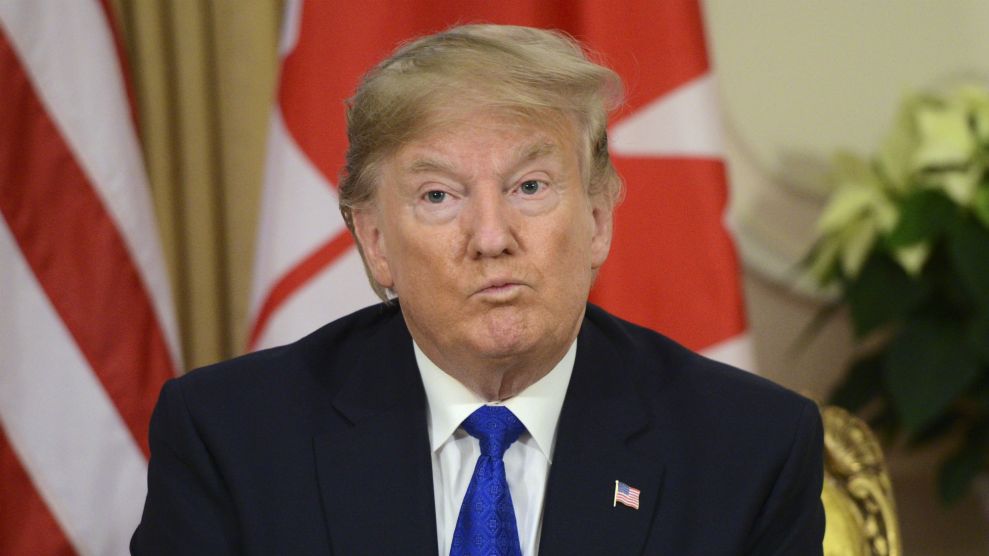 A federal appeals court in New York ruled Tuesday that two of Donald Trump’s lenders must comply with subpoenas from congressional investigators seeking details about the president’s personal finances. It’s the latest court defeat for Trump, who has steadfastly refused to cooperate with congressional probes and in this case sued Deutsche Bank and Capital One to force them to ignore the subpoenas. Trump’s attorneys suggested that he will continue to fight the case. But if the banks do turn over details about their relationships with Trump, that information could prove every bit as revealing as the president’s much sought-after tax returns.

When the House Intelligence and Financial Services Committees issued the subpoenas in April, committee leaders said they were looking for evidence of possible money-laundering from eastern Europe or Russia. The Trump family quickly sued the banks, demanding that they not comply with the subpoenas which, they claimed, constituted an abuse of power. The tactic has so far proved unsuccessful, with multiple judges ruling against the Trumps in the run-up to Tuesday’s decision. Trump attorney Jay Sekulow said he was considering an appeal to the US Supreme Court, which recently stayed a separate subpoena for Trump’s financial records issued by the House Oversight Committee. Yet another request for documents from an accounting firm used by the Trumps is also being litigated.

The subpoenas at issue are extremely broad and could reveal an enormous amount of information about how the Trumps have done business over the several decades. Deutsche Bank is, by far, the president’s biggest lender, with more than $360 million in outstanding loans and a total of about $2 billion in loans to Trump and his family since the 1990s. Part of the reason the bank lent Trump so much money for business projects was because he agreed to use the institution for much of his personal banking—his investment portfolios and checking accounts, for instance. His daughter Ivanka and her husband Jared Kushner have also done business with the German bank. All of which means the bank knows a tremendous amount about the family’s finances.

One of the most significant sources of information in the records could be financial details the family provided to Deutsche when it applied for new loans. Typically a bank wants to know everything it can about a borrower—including any potential risks, particularly what other debts the borrower has that might interfere with the bank’s chances of getting repaid. This could shed a lot of light on some of the more mysterious aspects of the Trump family businesses. For example, a recent Mother Jones investigation uncovered new information about a $50 million loan involving Trump:

Donald Trump’s massive debts—he owes hundreds of millions of dollars—are the subject of continuous congressional and journalistic scrutiny. But for years, one Trump loan has been particularly mystifying: a debt of more than $50 million that Trump claims he owes to one of his own companies. According to tax and financial experts, the loan, which Trump has never fully explained, might be part of a controversial tax avoidance scheme known as debt parking. Yet a Mother Jones investigation has uncovered information that raises questions about the very existence of this loan, presenting the possibility that this debt was concocted as a ploy to evade income taxes—a move that could constitute tax fraud.

Deutsche Bank helped finance the same Chicago tower deal that this loan was apparently connected to, so it’s possible that the bank has relevant information it could share with Congress.

Another enduring mystery of Trump’s finances is where he summoned the cash to purchase his two Scottish resorts—as well as the tens of millions of dollars needed to keep them operating. Both facilities have run heavy losses under his ownership. We may finally learn exactly how he’s managing to keep the lights on.