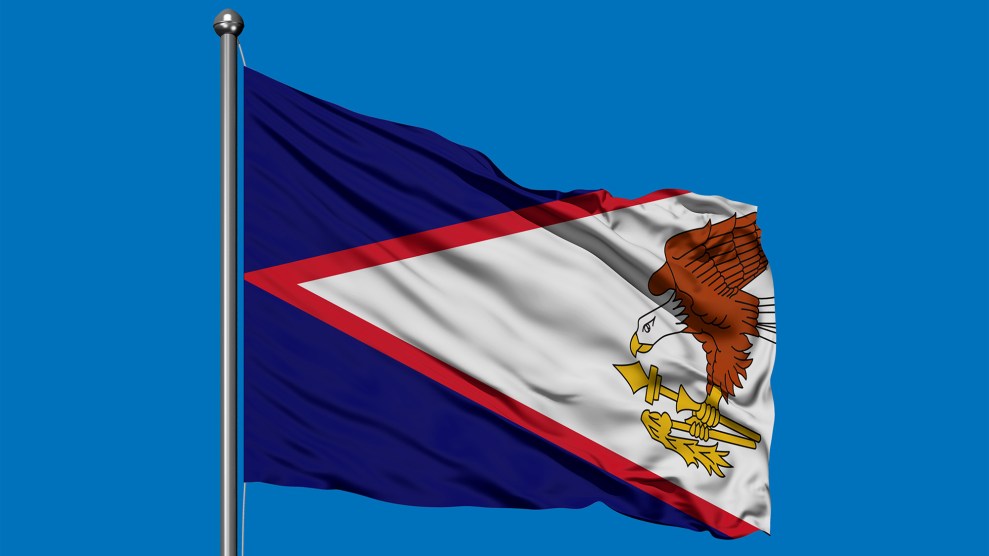 American Samoans’ unique legal status has been challenged more than once in recent years. The Fourteenth Amendment grants citizenship to anyone born on US soil, whether a state or a territory. But the federal government has also explicitly granted citizenship by statute to the people of other US territories, including Puerto Rico, Guam, and the Northern Mariana Islands. It never did so for the approximately 55,000 American Samoans. This disadvantages American Samoans—who are categorized officially and on their passports as non-citizen nationals—in a number of ways. As Mother Jones reported back in 2015:

The increasing number of American Samoans living stateside are ineligible for many federal and state government jobs and benefits, including many military jobs, despite serving in the military at high rates. They cannot vote or serve on juries. In many places, they cannot own firearms. They can apply for US citizenship—but in order to do so, they must leave American Samoa during the months- or years-long process, uprooting their lives and leaving their families and community behind while they wait for a decision.

Over the last few years, a handful of American Samoans living in US states have challenged their status as noncitizens. The US government has argued in each case that American Samoa is not considered to be within the United States for the purposes of the Fourteenth Amendment. But on Thursday, Judge Clark Waddoups decided in favor of three American Samoan plaintiffs, ruling that they are indeed covered by the Constitution’s grant of birthright citizenship. In doing so, he rejected arguments that the US government has made under not just the Trump administration but also the Obama administration: that century-old racist caselaw precluded American Samoans from birthright citizenship. Those cases were decided in the early 20th century, when American politicians struggled with their desire to turn the US into a colonial power without welcoming nonwhite people into the country.

To solve that problem, the Supreme Court came up with a bizarre, racially minded solution. The court invented two categories of territory; the Constitution applied fully in “incorporated territories,” such as Arizona, which were settled mostly by white people and destined for statehood, while much of the Constitution did not apply in “unincorporated territories,” such as American Samoa, which were not considered candidates for statehood, largely because of their racial and ethnic makeup.

Waddoups’ decision is the first to conclude that these earlier cases do not allow the US government to deny citizenship to American Samoans. In 2015 and 2016, a similar legal effort failed after federal judges found that the government can deny citizenship to some people born in the US. In 2016, the Supreme Court refused to take the case, showing little appetite for a fight over birthright citizenship. Perhaps it will now get a chance to reconsider.