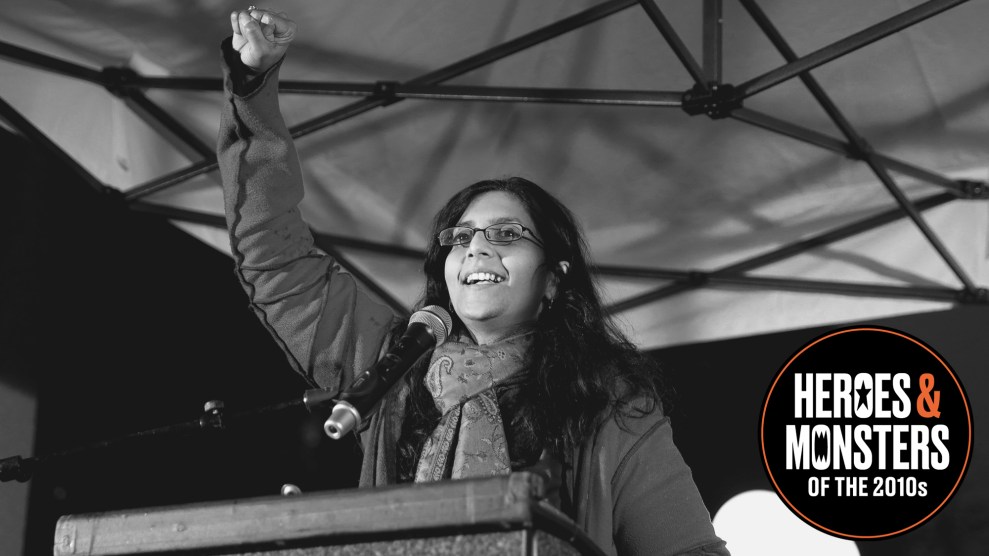 The cornerstone of Sawant’s campaign was an ambitious demand for a $15-per-hour minimum wage in Seattle, then the highest base wage in the country. Before and after her election, Sawant was instrumental in making it happen. Her popular campaign was able to threaten Seattle’s mayor with a minimum wage referendum, pressuring him to push a wage bill through. The law passed in May 2014, months after Sawant took office. An avalanche of raises followed: Los Angeles, New York, San Francisco, Chicago.

It is unbelievable that Sawant makes being an actual Trotskyist sound more reasonable than working for Amazon.

In a word, the saga was unbelievable. It was unbelievable that a socialist, an Indian immigrant, a woman of color, a campaign novice, won Seattle’s District 3 seat against an incumbent who was none of those things. Not even the Seattle council member who spent 20-plus years on a commune would endorse her. Sawant won by one percentage point.

It was unbelievable that, rather than run as a Democrat, Sawant helped organize a tiny Trotskyist party, Socialist Alternative, into a viable electoral force in Seattle. It is unbelievable that she has been re-elected twice, most recently this November, despite an anti-Sawant business PAC busting its ass in Seattle’s most expensive city council race ever.

It is unbelievable that, when she became one of the highest-profile city council members in the US, there were no career-killing gotchas. No one could find so much as a really bad tweet. It is unbelievable that Sawant makes being a bona fide Trotskyist sound more reasonable than working for Amazon.

It just all has the ring of fantasy. Segue to Vox:

The idea of a $15 federal minimum wage is no longer a fantasy. The vast majority of 2020 candidates running for the Democratic presidential nomination have now endorsed it.

Among politicians, Sawant is an important character in that story. Seattle’s $15 minimum started as an experiment, an outlier—empirical studies of its economy, which kept on thriving, embarrassed the pro-austerity doomsayers and gave the green light for others to follow.

But Sawant isn’t a 2010s hero strictly for wage hikes or tenants’ rights. It’s also how she secured those victories—by breaking rules, by embracing confrontation, by picking an “unrealistic” goal and building on it, dragging Seattle’s Democrats around by the nose. Who thought one lonely Trotskyist could so upend, in so little time, the American consensus on a fair wage? “Nobody reckoned with Kshama Sawant,” the New York Times wrote in 2013.

If you’re disadvantaged in this society, you’ve encountered the rule with a thousand faces that boils down to whatever it is now, the answer is no. It’s the ambient no. It’s the no of the people in charge who are concerned for your welfare and want you to shush. It’s the no of means-testing, moderation, received wisdom, the op-ed page, the impersonal cruelty of “I’m afraid we can’t do that,” and the worldview where the struggle for justice is somehow separate from the daily struggle to survive. Our institutions—and that includes blue-city Democratic machines—are full of no. They are built on no. They are abstruse and cumbersome by design in order to arrive, whenever needed, at no.

This is to say that the kind of people who make authoritative electability-possibility-viability predictions, predictions whose point is to draw our horizons of the possible, get everything wrong. They get it wrong on the broad strokes of what platforms can succeed, and they get it wrong on the fine points of what people react to, what they vote on, on how much decency for ordinary people our economy can bear. No struggle for justice was ever won by the arbiters of what is possible, because a struggle for justice redefines what’s possible against the prevailing wisdom.

And when our little domes of imagination and possibility start to buckle under that pressure, wins like Sawant’s remind us what can be done. Here and there in the 2010s, the movement wave in local politics put the no out of office and gave us something better: a lively, red yes.