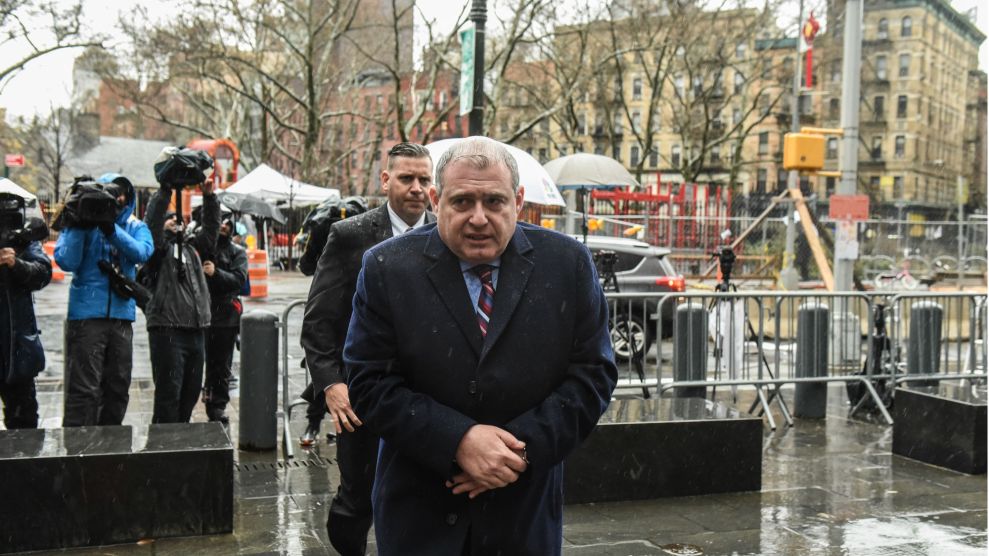 The news came amid sparring over whether Parnas, who is charged with violating federal campaign finance laws, should have his bail revoked. Prosecutors have alleged that Parnas lied about his finances by concealing his receipt in September of $1 million from an account in Russia in the name of his wife, Svetlana Parnas. Prosecutors said Tuesday that Firtash was the source of the money. It wasn’t immediately clear when Firtash provided the funds, or what specifically the payment was for. Parnas’ lawyer, Joseph Bondy, has argued that the $1 million was a loan. Bondy did not respond to inquires on Tuesday.

Prosecutors have also said that Parnas tried to mislead them about $200,000 he was paid between August and October by a law firm representing Firtash. Joseph diGenova and Victoria Toensing—a right-wing, husband-and-wife legal that regularly appears on Fox News to attack Trump’s critics—have said they paid Parnas for translation work connected to their work for Firtash. A spokesman for the couple did not respond to questions.

Bondy, Parnas’ lawyer, has said that Parnas earlier this year offered to help Firtash with his legal problems if Firtash hired Toensing and diGenova. Bondy told the New York Times that Parnas encouraged Firtash to help dig up dirt on Democrats “as part of any potential resolution to his extradition matter.” Toensing and diGenova obtained a personal meeting in late August with Attorney General William Barr and pressed for the DOJ to drop its case against their client. They have not succeeded in winning over Barr so far. Firtash told the Times late last month that he has paid Toensing and diGenova $1.2 million to date, with a portion set aside as a referral fee for Parnas.

Mother Jones and other publications had previously reported that Parnas and his associate Igor Fruman told various people earlier this year that they were being paid by Firtash. And Firtash told the Times that he paid the men’s travel expenses while considering a deal they pitched him to sell American liquefied natural gas to Ukraine.

But $1 million seems unlikely to be a mere travel expense. And the revelation of the payment suggests that Firtash’s efforts to win favor with Americans close to Trump went further than previously reported. Using funds with unexplained origins, Parnas and Fruman since 2018 provided more than half a million dollars in political contributions to support Trump and other Republicans. The allegations against them include making illegal donations US politicians—including to a former member of Congress, Rep. Pete Sessions (R-Texas), who met with Parnas in 2018. According to federal prosecutors, Parnas sought Sessions’ assistance in helping “remove or recall” Marie Yovanovitch, who at the time was the US ambassador to Ukraine.

In recent public statements, Giuliani has acknowledged that he had focused on forcing Yovanovitch’s removal because he feared she would complicate his effort to force Ukrainian President Volodymyr Zelensky to launch investigations aimed at helping Trump politically. “I believed that I needed Yovanovitch out of the way,” Giuliani told the New Yorker in an article posted Monday. “She was going to make the investigations difficult for everybody.”