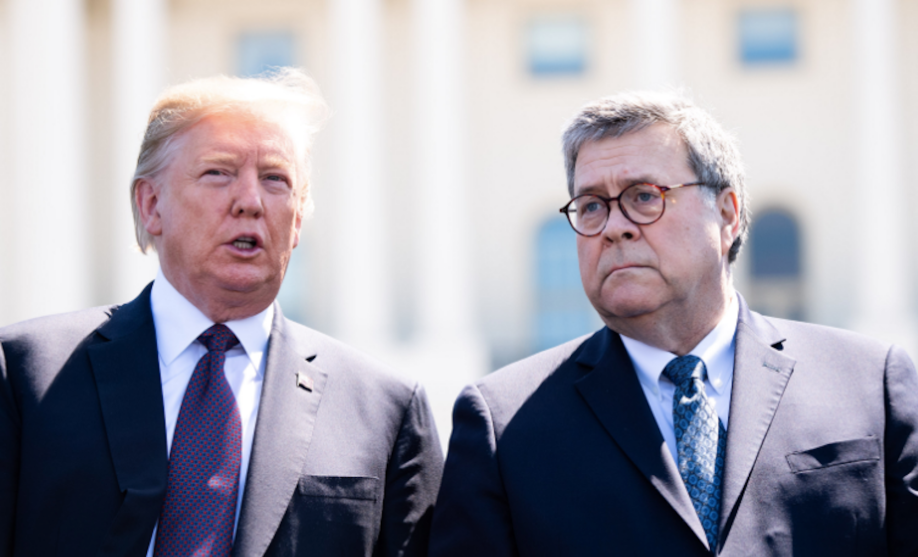 The Justice Department’s inspector general on Monday released a long-awaited report into the origins of the FBI’s Russia investigation. The watchdog report addresses several accusations hurled by President Donald Trump and his Republican allies, including the claim that the FBI abused its authority and improperly spied on the Trump campaign.

Despite lacking evidence to back those allegations, Trump has frequently used them to distract from the Mueller report as well as the current impeachment investigation. As Mother Jones‘ David Corn noted in May:

For the past two years, Trump’s cultlike Republican handmaids on Capitol Hill and his conservative propagandists in the media have hyped up various deep state conspiracy theories and concocted assorted diversions—purported wiretapping abuses, alleged spying on the Trump campaign, and a supposed FBI vendetta against Trump—to distract from the central narrative of Trump’s deceitful conduct of the 2016 campaign. There have been no congressional hearings that zeroed in on this.

While we dig through the key findings of the inspector general’s report, you can read it in full below: