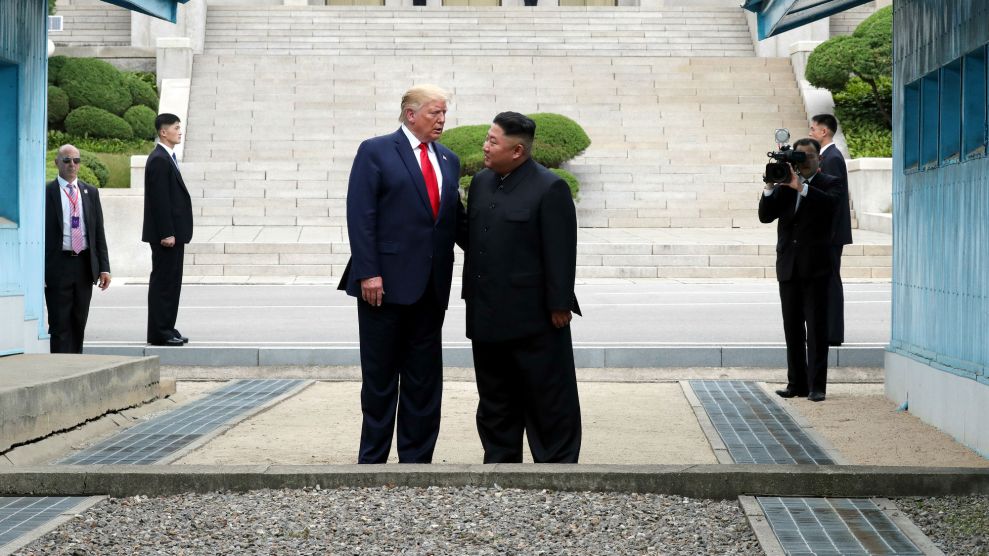 North Korea is reportedly set to test a missile capable of carrying a nuclear warhead to American shores in coming days, a threat that undermines what President Trump has touted as a key diplomatic accomplishment.

According to multiple reports, American military and intelligence officials expect North Korea to test an intercontinental ballistic missile that could reach the United States. North Korea has pledged to unveil a “Christmas gift” if no progress is made on lifting sanctions the UN imposed on North Korea in late 2016.

In a June 2018 agreement announced at a meeting in Singapore between Trump and Kim Jong-un, the third generation autocratic leader of North Korea, the communist state pledged to “work toward complete denuclearization of the Korean Peninsula.” But North Korea did not commit to a timeline for getting rid of its nuclear weapons. Experts say the state possesses more than 30 warheads. After the meeting, Trump tweeted that “there is No Longer a Nuclear Threat from North Korea.”

In June 2019, in exchange for North Korea agreeing to resume talks, Trump gave North Korea a major prize by briefly entering the country for a photo op with Kim. But North Korea has not only maintained but bolstered its nuclear arsenal since the Singapore meeting, national security experts say.

After North Korea claimed earlier this month that it conducted unspecified tests at a satellite launching facility, Trump tried to appeal to Kim in an extraordinary tweet. “Kim Jong Un is too smart and has far too much to lose, everything actually, if he acts in a hostile way,” Trump wrote on December 8. “He does not want to void his special relationship with the President of the United States or interfere with the U.S. Presidential Election in November.”

This apparent appeal to a geopolitical adversary for political help didn’t work. North Korea responded by calling the president a “heedless and erratic old man” and said his comments were “corroboration that he feels fear” about North Korean plans.

Despite such rhetoric, Trump has since stayed mostly quiet about North Korea. And US officials are downplaying the country’s expected test. According to the New York Times, Trump administration officials assert that North Korea resuming tests would show that they understand that international sanctions backed by the US will not be lifted soon. That’s a tough argument to sell, since the stated goal of the sanctions is to convince North Korea to give up its nuclear weapons.