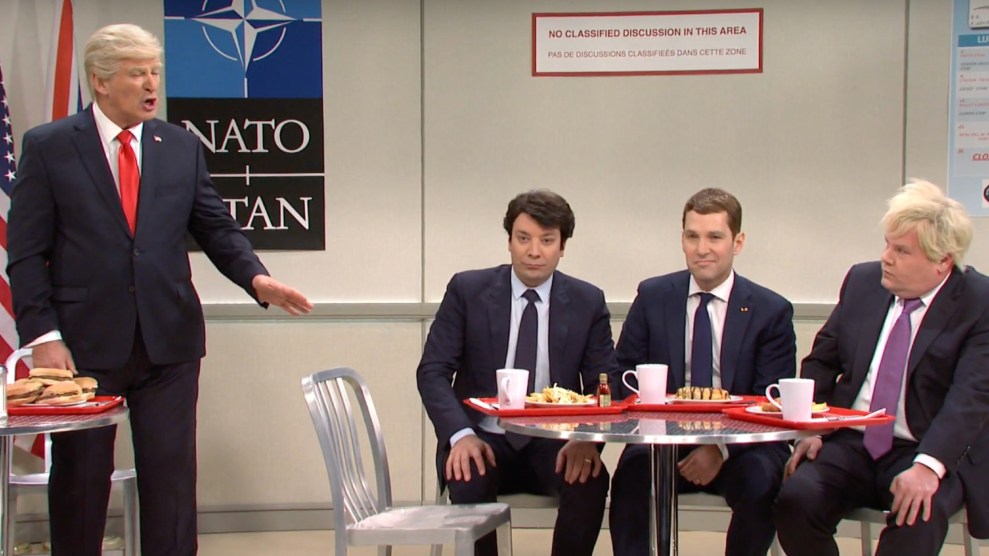 On Tuesday, the CBC released video capturing world leaders, including Justin Trudeau, Emmanuel Macron, and Boris Johnson, taking part in a conversation where they are appearing to poke fun at their American counterpart. On Thursday, Joe Biden released an ad using the footage, attacking Donald Trump as “a president the world is laughing at.”

And on Saturday, NBC’s Saturday Night Live released a sketch continuing on the theme. Laugh along below.