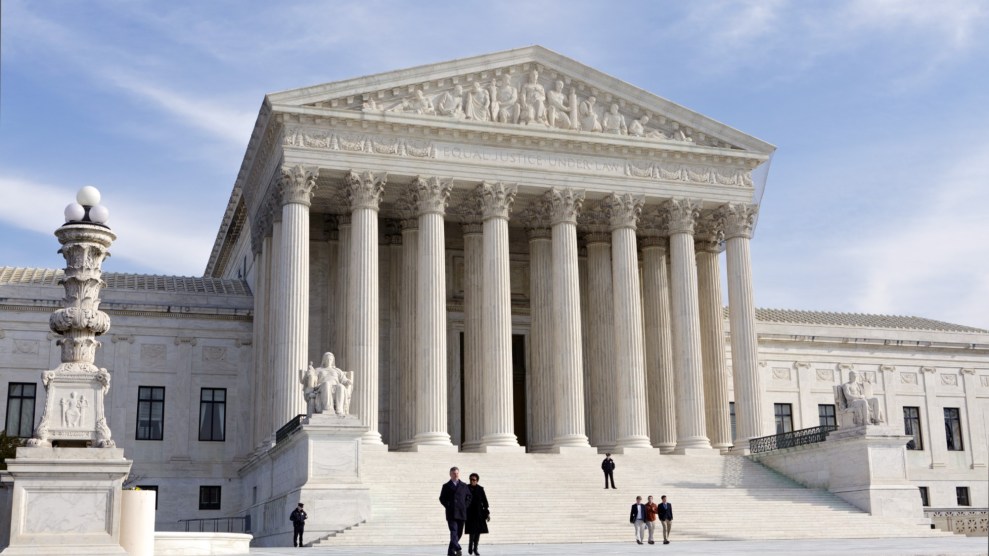 The Supreme Court on Monday allowed a Kentucky law to go into effect that requires doctors to perform an ultrasound on patients seeking an abortion and play the sounds of the fetus’ heartbeat.

The 2017 law forces physicians to give patients seeking an abortion an ultrasound regardless of whether the patient wants one. It also requires providers to give detailed descriptions of the images and play the sounds of the fetal heartbeat, even if patients are noticeably distressed.

The court rejected a challenge brought by the American Civil Liberties Union on behalf of Kentucky’s only remaining abortion provider. The ACLU argued that the law violated doctors’ First Amendment rights by forcing them to provide medically unnecessary and potentially emotionally damaging information to patients. The law had previously been upheld by the Sixth Circuit Court of Appeals but was on hold pending an appeal to the Supreme Court. In writing for the majority, Sixth Circuit Judge John Bush, who was appointed by President Donald Trump, argued that the law provides “relevant information” and “gives a patient a greater knowledge of the unborn life inside her.”

Eleven states currently mandate that abortion providers perform an ultrasound on patients who want abortions, and nine of those states require the provider to show and describe the image. The process can be traumatizing for patients, as well as expensive, since the costs of the extra procedure often fall on the patient. According to the American Medical Association, it provides no “additional medically necessary information.”

“The Supreme Court has rubber-stamped extreme political interference in the doctor-patient relationship,” Alexa Kolbi-Molinas, senior staff attorney at the ACLU Reproductive Freedom Project, said in a statement. “This law is not only unconstitutional but as leading medical experts and ethicists explained, deeply unethical.”

The Supreme Court is set to hear a different abortion case in March over a Louisiana law requiring abortion providers to have admitting privileges at local hospitals. A similar law from Texas was deemed unconstitutional back in 2016. However, this will be the first abortion case before the Supreme Court since the appointment of Justices Neil Gorsuch and Brett Kavanaugh.