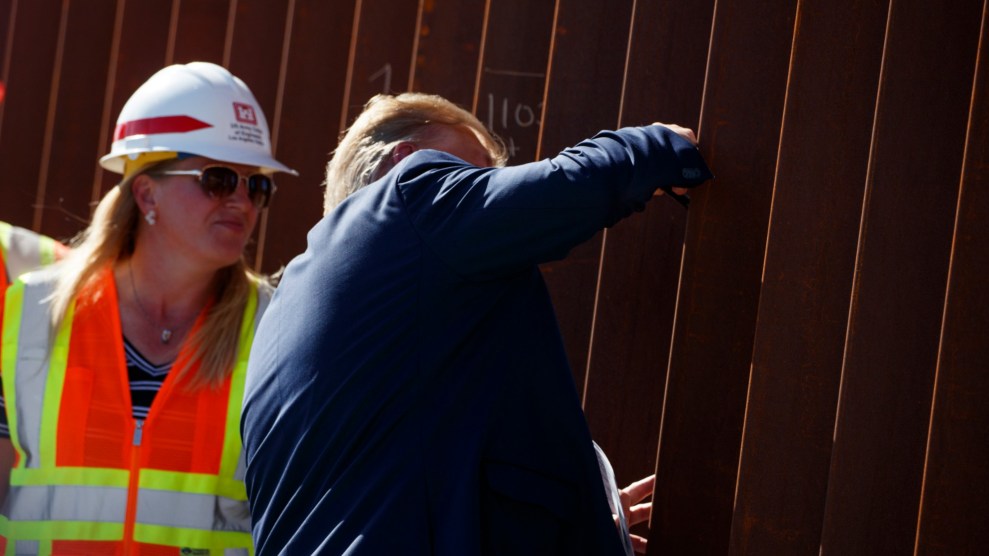 “Me, I don’t want to climb mountains,” President Donald Trump said in September, standing in front of construction of a new portion of his border wall in California. That’s why, he said, he’d hired a team of 20 “world-class mountain climbers” to test the various wall prototypes. “Some of them were champions. And we gave them different prototypes of walls, and this was the one that was hardest to climb. And we’ve all seen the pictures of young people climbing walls with drugs on their back—a lot of drugs. I mean, they’re unbelievable climbers. This wall can’t be climbed. This is very, very hard.”

Fast forward to this:

This is the newly replaced wall along the US/MEXICO border. #TheWall pic.twitter.com/MIrD3HhVsE

Despite the valiant efforts of the president’s crack team of climbers and his careful monitoring of drug-carrying athletes, no one could have anticipated that in just a matter of months, migrants would hit upon an ingenious solution: ladders. What’s more, the idea that humans could slide down a pole had yet to be tested, even by the most skilled of Trump’s completely real, not-made-up elite climbing force.