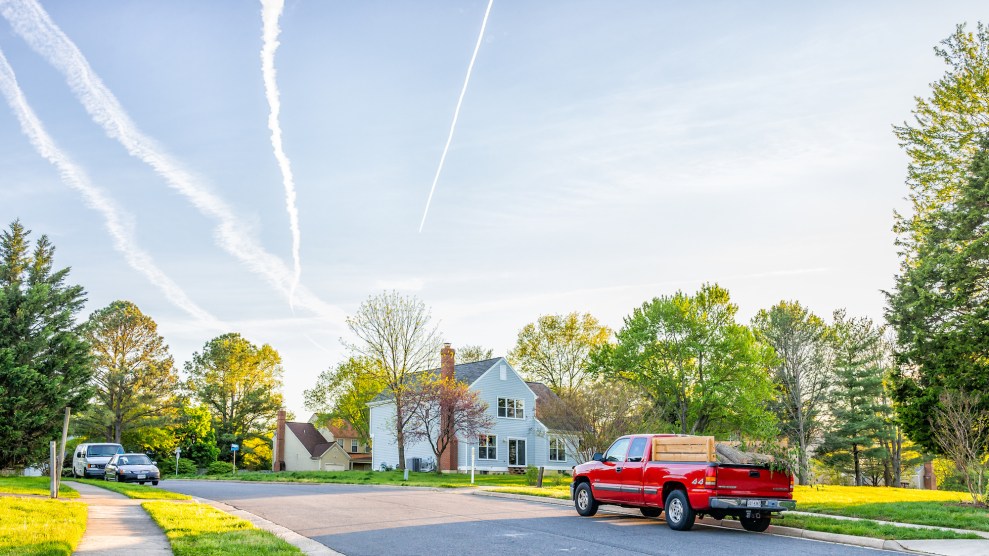 A neighborhood of single-family homes in Fairfax County, Virginia, outside Washington, DC.krblokhin/Getty

For a case study in what’s wrong with housing in America, you could do a lot worse than Arlington County, Virginia. Located right next to Washington, DC, the county has a huge demand for housing that has pushed the average home price to around $600,000, which will only increase once Amazon opens its 25,000-worker second headquarters there. And yet nearly 90 percent of the residential land in Arlington is zoned for single-family detached houses, meaning that even if people want smaller, denser, more affordable homes, developers aren’t allowed to build them.

Arlington is finally taking a small step to address the problem by conducting a study into places where it might be appropriate to add “missing middle” housing—not high-rise apartments, but structures like duplexes and triplexes that could slow the rise in housing costs. And yet even the act of studying greater housing density is prompting public outcry.

This not-in-my-backyard (NIMBY) sentiment is just about universal across the country. It’s why cities and counties have consistently failed to loosen zoning codes and increase density in the face of crisis-level housing costs. And it’s why housing advocates are hoping that states can preempt local why-does-it-have-to-be-in-my-town opposition by passing blanket laws barring localities from preventing denser housing.

Which is exactly what was just proposed in the Virginia House of Delegates.

On Thursday, Ibraheem Samirah, who represents parts of two counties in the DC suburbs, introduced legislation to legalize duplexes anywhere in the state where the zoning currently calls for single-family houses. If passed, it would make Virginia the largest state to override local zoning in the interest of creating more housing.

In July, Oregon enacted a similar measure, although it applied only to cities of at least 10,000 people (plus the entire Portland metro area), meaning it covered areas with about 2.8 million residents. (Virginia has a population of 8.5 million.) A year ago, after much debate, Minneapolis became the first major US city to completely eliminate single-family zoning, allowing duplexes or triplexes to be built on lots previously reserved for individual houses.

“The local politics around zoning reform is tricky,” says Jenny Schuetz, a housing policy expert at the Brookings Institution. “Long-term affluent homeowners will fight hard against reform, and they’re often the most engaged voters.” Measures like Samirah’s bill, she says, “can give cover to local officials who want to accommodate more housing.”

The bill still faces an uphill climb to passage. Last month, Democrats took full control of Virginia’s government for the first time in more than 20 years. But this issue does not break down into neat partisan divisions. Even liberal states have struggled to increase housing density, most infamously California, which has so far failed to pass a bitterly controversial bill to strip away zoning restrictions near major transit lines. And it’s not clear that Democrats are any likelier than Republicans to push back against the concerns of constituents who fear—rationally or not—that allowing duplexes on their streets will bring traffic, a parking crunch, and an irreversible change to “neighborhood character.” Some Republicans, including Secretary of Housing and Urban Development Ben Carson, have expressed interest in “upzoning,” as allowances for greater density are known, in the interest of deregulation. Some liberal Democrats, including local candidates on both coasts endorsed by Bernie Sanders, have been critical of proposals for density boosts.

But given the persistence of local opposition, statewide preemption—or, potentially, federal incentives—is likely the only way zoning will be loosened on a wide scale. Which means all eyes are on Virginia to see whether a populous, politically diverse state with a deepening housing affordability crisis can build the coalition needed to take a step—even a small one—to tackle this problem.

This story has been updated to clarify that the Oregon bill included the entire Portland metro area.