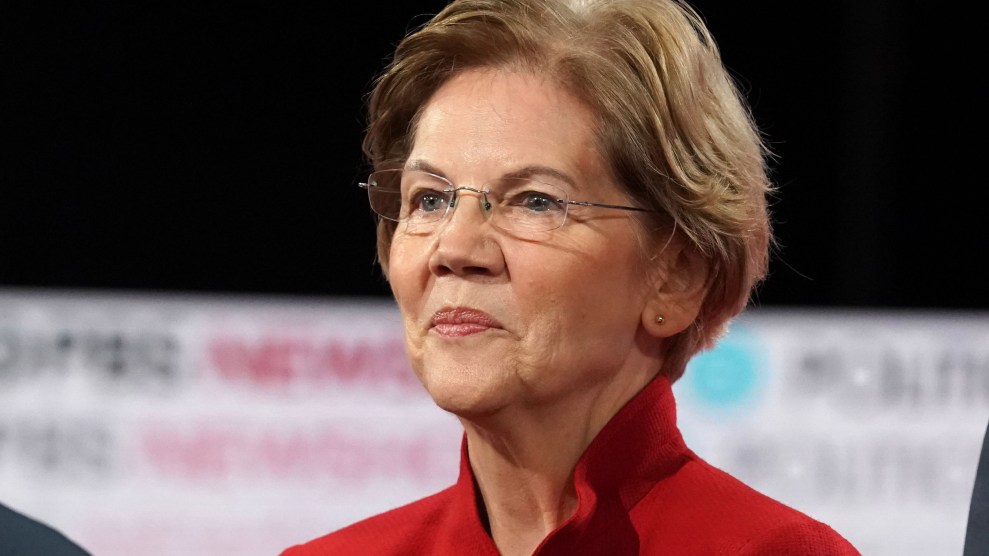 A central component of Warren’s campaign involves a two-cent tax on every dollar of net worth above $50 million. Many economists have said that such a large tax increase could slow economic growth, notwithstanding the shining example of the equalizing potential of taxation: Franklin D. Roosevelt’s 1935 Wealth Tax, which helped mitigate income inequality and pull the country out of the Great Depression.

“How do you answer top economists who say taxes of this magnitude would stifle growth and investment?” moderator Judy Woodruff asked.

“For two cents, what can we do?” she continued. “We can provide universal childcare, early childhood education for every baby in this country age zero to five, universal pre-k for every three-year-old to four-year-old, and raise the wages of every childcare worker and preschool teacher.”

She also said that we could improve our public schools and cancel student debt. Then she challenged the disputed notion in trickle-down economic theory that wealthy people help the economy by putting their money back into it.

“You leave two cents with the billionaires, they’re not eating more pizzas,” she said. “They’re not buying more cars.” Instead, she proposed, “we invest that two percent in early childhood education and childcare—that means those babies get top-notch care.”

.@JudyWoodruff: “How do you answer top economists who say [a wealth tax] would stifle growth and investment?”@ewarren: “Oh, they’re just wrong.” pic.twitter.com/bUptogNpYS