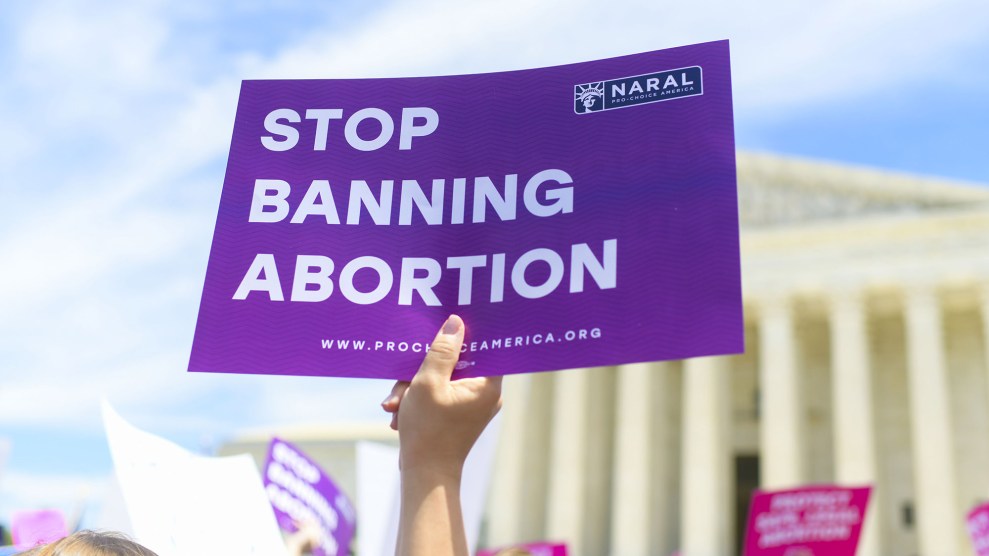 In an unprecedented wave of anti-abortion legislation, 17 states enacted restrictions in 2019, according to the Guttmacher Institute. Of those 17 states, nine enacted particularly severe laws that narrowly limit the window of time in which a woman can get an abortion, in some cases effectively banning the procedure altogether. These particular laws have sparked widespread outrage and panic among abortion advocates because they fly in the face of Roe, in many cases prohibiting abortion when a fetal “heartbeat”—electrical signals from a group of cells that form a heart later in gestation—can be detected. That’s often before many women even know they are pregnant.

But, on the anniversary of Roe, let’s say Praise Be: Thanks to a spate of lawsuits challenging these laws’ constitutionality—including many from the American Civil Liberties Union, Planned Parenthood, and the Center for Reproductive Rights—not a single gestational age ban has gone into effect. In Alabama, Arkansas, Georgia, Kentucky, Mississippi, Missouri, Ohio, and Utah, judges have blocked the legislation from taking effect until court cases challenging the laws are decided. (There is no pending litigation challenging Louisiana’s heartbeat law, but the ban is on hold waiting for the outcome of Mississippi’s abortion ban in the courts.)

But the most immediate legal reckoning over Roe will not come on the question of bans, but rather in response to a 2014 Louisiana law that restricts abortion by requiring doctors who perform the procedure to have admitting privileges at a hospital within 30 miles of their facility. The Supreme Court has decided to hear the case, June Medical Services v. Gee, and it will do so in March. As my colleague Jessica Washington writes, “Although the justices are not expected to overturn Roe outright in this case, legal experts argue that if the court were to rule in favor of the law, access to abortion in states like Louisiana could exist in name only.”

To be clear, there are still myriad hurdles to access in many of these states that have bans on the books—like too few clinics, mandatory waiting periods, and invasive ultrasounds—but it is still technically legal to obtain an abortion in these states.