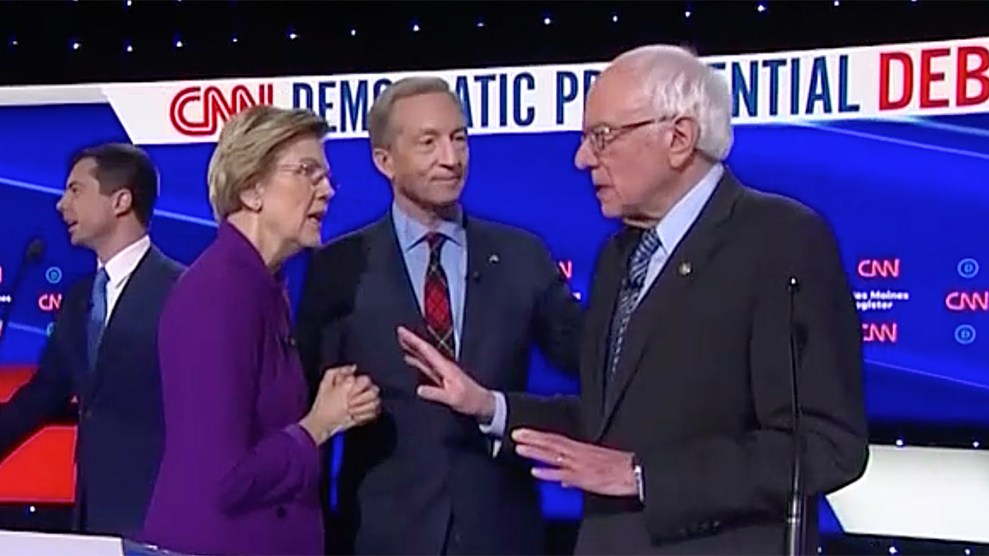 Have you seen this clip? If you’re stuck at an airport, or watching CNN of your own free will at any point in the next 24 hours, you probably will! After a contentious exchange during Tuesday’s presidential debate, Sens. Bernie Sanders and Elizabeth Warren appeared to have…some sort of interaction afterward.

What did they say? I don’t know, I’m not a lip-reader or a body-language expert (which is kind of a scam, if we’re being honest). I think the fixation on this moment will end up embarrassing us all. But I can tell you exactly what the third member of this conversation, Tom Steyer, was thinking, because this is how I feel literally every time I am forced to mingle at a social event:

First Warren rejected Bernie's handshake and then they appear to go at it. Steyer didn't know what to do. 😂 #DemDebate pic.twitter.com/hr8EWlI1L2

Third thought: “Have I been standing here too long?”

Fourth thought: “Time to pretend to refill my drink!”

Steyer, for his part, says he has no idea what the two senators were talking about. Okay, man.