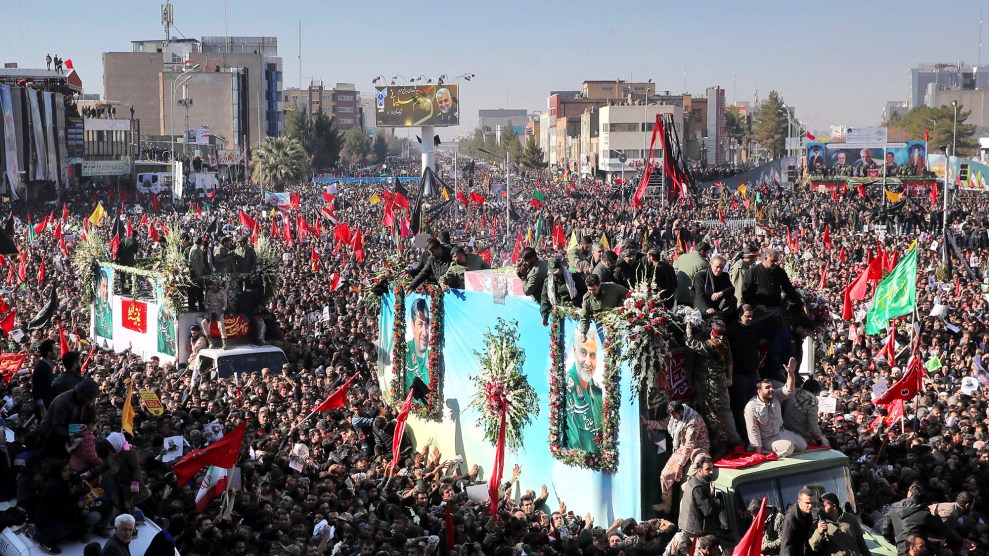 Coffins of Gen. Qassem Soleimani and others killed in Iraq by a US drone strikeErfan Kouchari/AP

DOD statement on #Iran retaliating against US assassination of #Soleimani. pic.twitter.com/XUjgo8f5J8

Iranian forces fired missiles at two US airbases in western Iraq, escalating tensions with the United States in the aftermath of a US strike that killed a top Iranian Revolutionary Guard commander, Gen. Qassem Soleimani, Iranian state media confirmed on Wednesday.

Iran took credit for the attack with a statement on the Telegram channel: “The fierce revenge by the Revolutionary Guards has begun.”

A US official confirms to @ABC that ballistic missiles have been fired from inside Iran at multiple US military facilities inside Iraq. The facilities include Erbil in northern Iraq and Al Asad Air Base in western Iraq, the official said. We do not have information on casualties.

The United States just spent Two Trillion Dollars on Military Equipment. We are the biggest and by far the BEST in the World! If Iran attacks an American Base, or any American, we will be sending some of that brand new beautiful equipment their way…and without hesitation!

WH Press Sec: “We are aware of the reports of attacks on US facilities in Iraq. The President has been briefed and is monitoring the situation closely and consulting with his national security team.”

This is a breaking story. We will continue to monitor and post updates here.