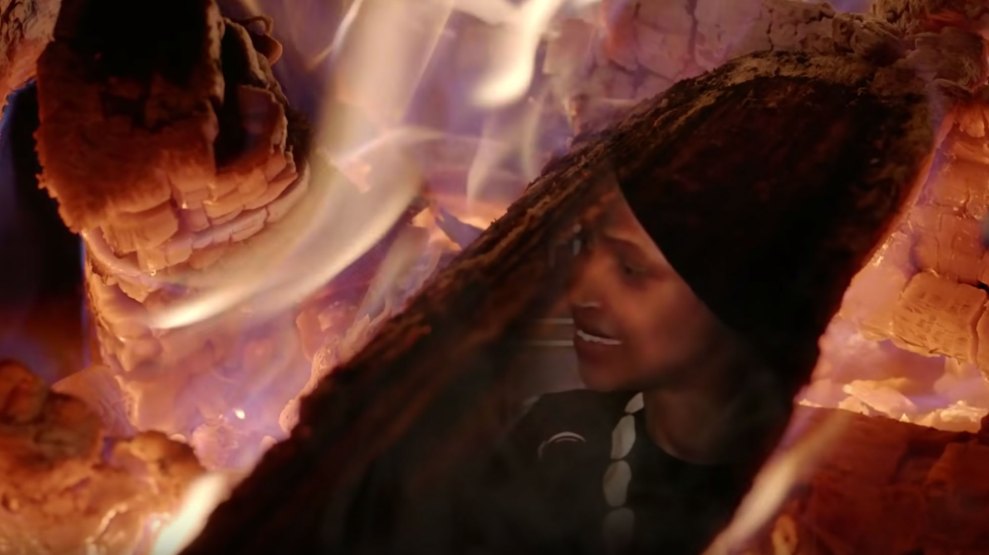 Since announcing a bid for his old Senate seat, ex–Attorney General Jeff Sessions, a racist without portfolio, has been relatively quiet. Into the void has stepped Rep. Bradley Byrne, one of Sessions’ opponents in Alabama’s March primary. Last week, Byrne unveiled a campaign ad that managed to exploit the legacy of his dead Army veteran brother to attack Rep. Ilhan Omar, the “Squad,” and blackballed NFL quarterback Colin Kaepernick, all in the name of patriotism.

oh cool just a campaign ad showing Ilhan Omar burning in the fire & the only opponents shown are black and brown people. nothing to see here, folks.

In the ad, Byrne, staring into a flickering fire outside his family’s farmhouse, reports feeling a sense of pain when he hears Omar, a Muslim congresswoman, “cheapening 9/11” (she never did) and Kaepernick and other “entitled athletes dishonoring” the American flag (they didn’t) and the Squad “attacking America” (never happened). The message? In an interview last week with Fox & Friends after the ad came out, Byrne fell back on euphemism, saying the “country is at a crossroads” and adding that he wanted to “help the president take the country in the right direction.” But of course that’s not what the spot is really saying. It’s saying that Black and Brown people are terrifying; please elect this mournful white guy who wears plaid and hangs out on a log telling scary stories to himself by a campfire. He’s already out-Sessionsing Sessions.