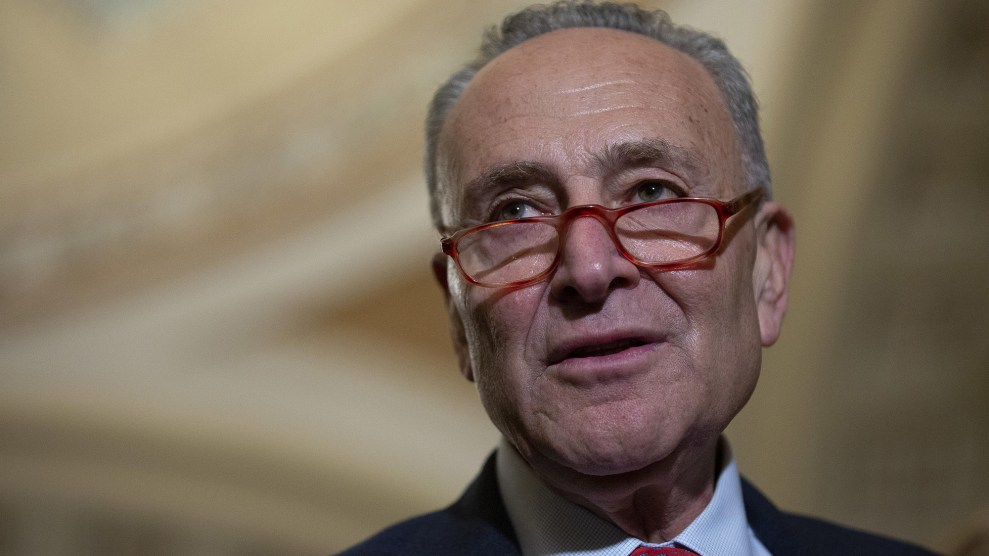 Addressing the Senate at the outset of the historic impeachment trial against President Donald Trump, Senate Minority Leader Chuck Schumer called the offenses of which Trump is accused “crimes against democracy itself.”

“It’s hard to imagine a greater subversion of our democracy than for powers outside our borders to determine the elections from within,” the senator from New York said. “For a foreign country to attempt such a thing on its own is bad enough. For an American president to deliberately solicit such a thing, to blackmail a foreign country with military assistance to help him win an election, is unimaginably worse.”

Schumer then attacked Trump’s oft-repeated claim that Article Two of the Constitution enables him to “do whatever he wants.”

“We are staring down an erosion of the sacred democratic principles for which our founders fought a bloody war of independence,” he concluded.

Watch the full address below:

.@SenSchumer just laid out the case for impeachment in 90 seconds. #ImpeachmentTrial pic.twitter.com/SyZCilCiHo