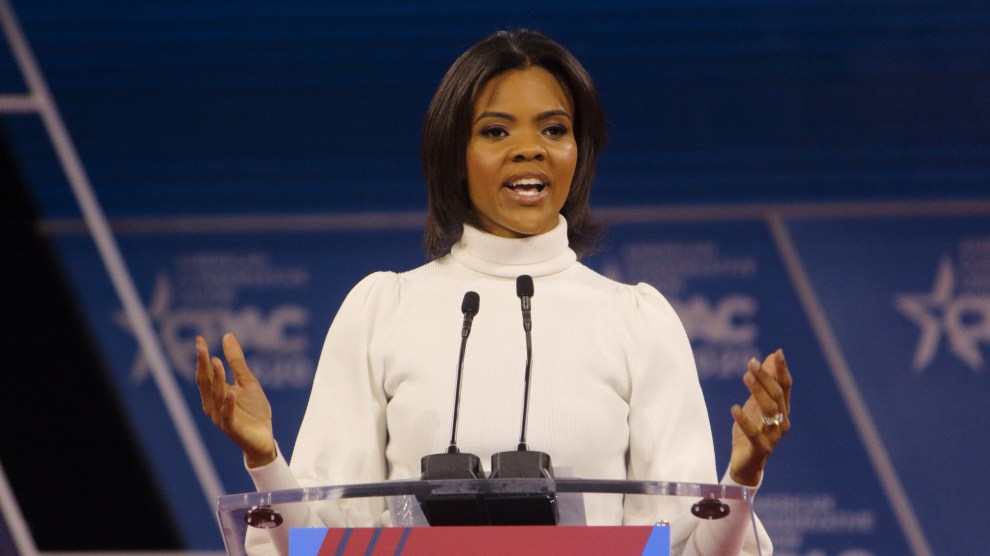 Having taken objection to a Thanksgiving tweet from the former star quarterback which read, “The US government has stolen over 1.5 billion acres of land from Indigenous people,” Owens resorted to the same flawed rationale the colonists started using back in 1492: Native Americans needed to be civilized, because they were cannibals. “Did cannibalism get lost in Colin’s flowery depiction of Indigenous people?” she said. (Accounts of Aztec cannibalism come mostly from 16th-century Spanish explorers who exaggerated Indigenous people’s “savagery” to justify their conquest of the Americas—a point she reduces to “political correctness.”)

Candace Owens used her speech at CPAC to attack Colin Kaepernick and did so by explaining the practice of cannibalism among the Aztecs. pic.twitter.com/oAa6EheFF0

She then directed her vitriol at Al Sharpton, Jesse Jackson, Ta-Nehisi Coates (whose name she mispronounced), CNN, the New York Times, and MSNBC. “To every single one of you race hustlers who have extorted black pain to line your own pockets,” she said, “who have blindfolded the black youth against seeing the opportunities that lay beneath their feet here in America in the land of the free, in the home of the free, in the home of the brave, I say this to you: There will be a Blexit. A black exit.”