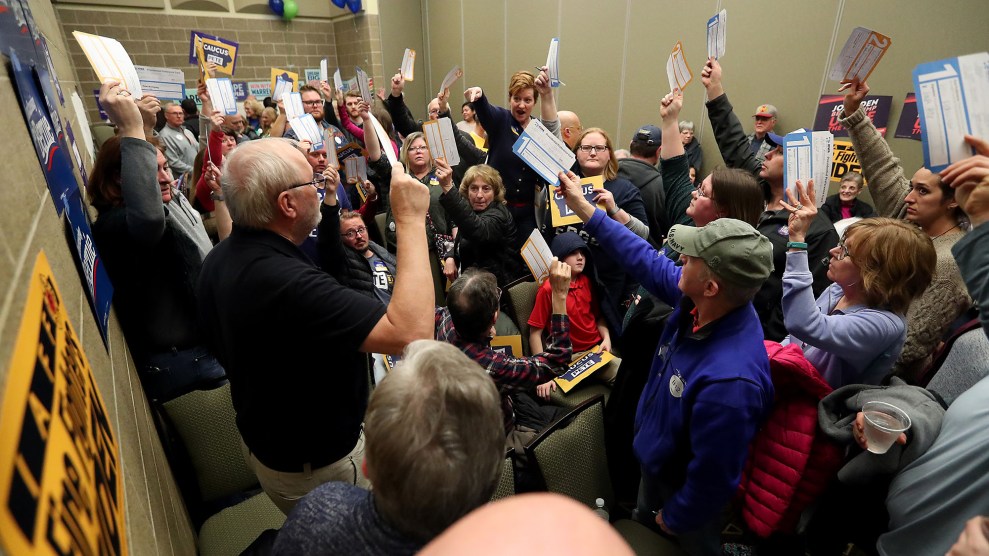 A state party spokesperson said the party found “inconsistencies” in numbers they were receiving from precincts and were now using “photos of results and a paper trail” to determine valid results. The statement defended the party’s software and its security, adding that it was “simply a reporting issue, the app did not go down and this is not a hack or an intrusion. The underlying paper trail is sound and will simply take time to further report the results.”

The explanation didn’t mollify Joe Biden’s campaign. In a letter sent to the Iowa Democratic Party’s executive leadership, the former vice president’s campaign said it was clear both the app and the party’s backup phone reporting system “failed” statewide.

“We believe that the campaigns deserve full explanations and relevant information regarding the methods of quality control you are employing, and an opportunity to respond, before any official results are released,” Dana Remus, the campaign’s general counsel, wrote in a letter.

The app was supposed to “make it easier and faster to report results from some 1,700 caucus cites,” the Wall Street Journal reported in January. Troy Price, the state party’s chair, told the paper that he was “confident in the security systems we have in place,” and several caucus organizers said they were looking forward to using it.

Shawn Sebastian, a precinct secretary from Ames, told Mother Jones late Monday night that several volunteers who were involved in running caucuses in his area had told him the weekend before the caucus “that the app was not working and I was generally given the advice to call in the results.” He added that “multiple people had tried downloading it and it didn’t work.”

In television interviews, Sebastian said he’d tried to call results in to the state party and was left on hold for more than two hours.

“The takeaway is that it’s a big embarrassment when a reporting system like this falls over, but we least we’ll know the result eventually,” Halderman told Mother Jones late Monday night. “Imagine if instead they were voting online, or by phone, and had similar issues?  We might never know the result, or have to scrap the whole contest and start over.”

“Complex computer systems are difficult to get right, especially when they have to be secure and they have to work at scale on one particular day,” he said. “What’s happening in Iowa is exactly why Internet voting is far from ready for prime time.”