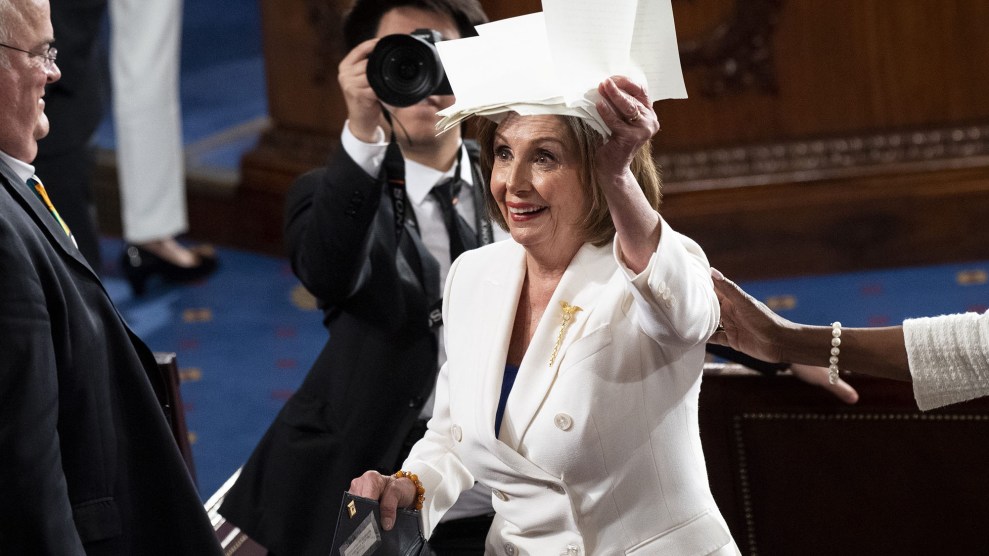 Pelosi fact-checked the president’s claims on Tuesday night that he had inherited an economic “mess” from former President Barack Obama. “When President Obama came into office, the unemployment rate was 10 percent,” she said. “When he left, it was 5 percent. So President Trump did not inherit a mess—he inherited a momentum.” She also credited Obama for the boosts to the stock market and the reduction in the national debt, which has ballooned as a result of the Trump tax cuts.

“We do not want the chamber of the House of Representatives to be used as a backdrop for one of his reality shows,” Pelosi said, “with unreality in his presentation.” Pelosi has faced criticism for ripping up her copy of the president’s address, but she insisted Thursday that it was the Republicans in Congress who had acted with impropriety. Referring to the chants, a staple of Trump rallies, that erupted from the chamber before Trump spoke, she added, “And by the way, a serious breach to start shouting, ‘four more years’ on the floor of the House. Totally inappropriate.”

You have to watch Nancy Pelosi remind Trump that he has Obama to thank for all those economic numbers he bragged about in his State of the Union. Killer. pic.twitter.com/NtiBpCyZr3