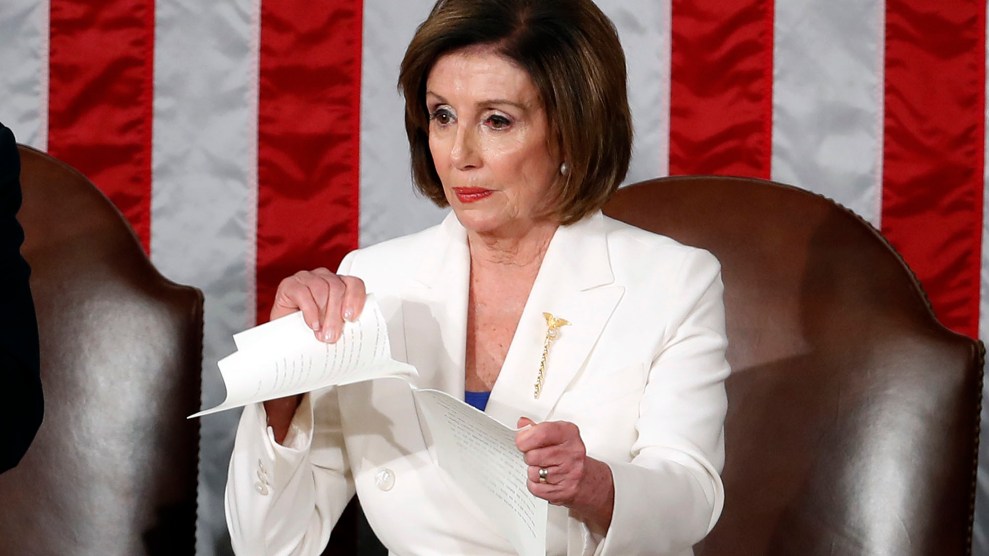 President Donald Trump’s campaign was quick to rebuke House Speaker Nancy Pelosi for ripping up her copy of the State of the Union address Tuesday night.

One of our last surviving Tuskegee Airmen.

The survival of a child born at 21 weeks.

The mourning families of Rocky Jones and Kayla Mueller.

A service member's reunion with his family.

Charlie Kirk, the founder of the conservative group Turning Point USA, tweeted that Pelosi’s destruction of government records constitutes a violation of US Code punishable by up to three years in prison.

US Code prohibits the destruction of government records

Nancy Pelosi may have just committed a violation of 18 U.S.C. § 2071, Section 2071 (a) when she ripped up President Trump’s State of the Union address

This violation is punishable by up to three years in prison

But as it turns out, Trump rips up official papers all the time. As the New York Times reported Tuesday:

President Trump has long made it a practice to tear up his papers and throw them away. It is a clear violation of the Presidential Records Act, which is supposed to prevent another Watergate-style cover-up. When the National Archives sent staff members to tape these records together, the White House fired them.

As usual, the rules don’t seem to apply to Trump, who has famously boasted that the Constitution gives him, as president, the right to do whatever he wants—a lie the Senate will uphold if it votes to acquit him this afternoon.