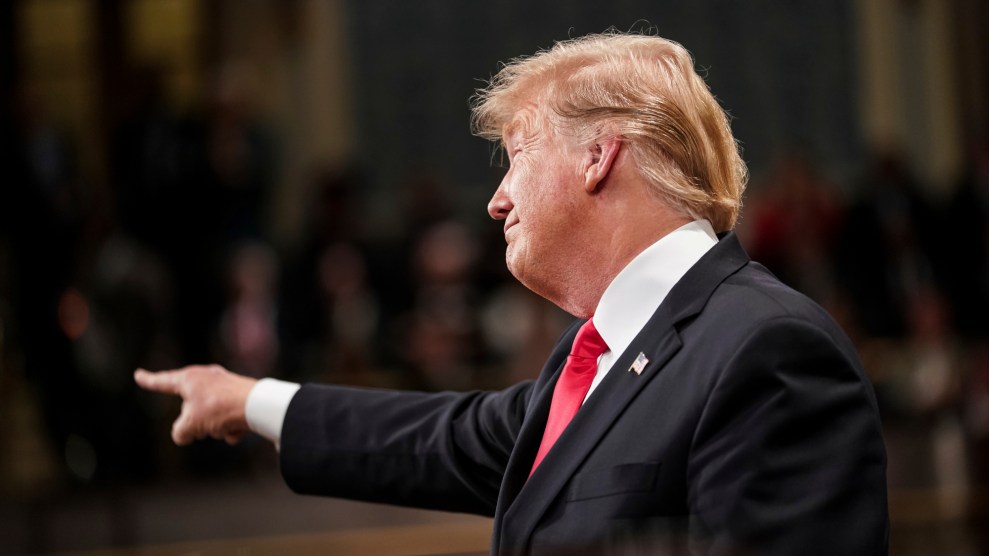 President Donald Trump gives his 2019 State of the Union address to a joint session of Congress.Doug Mills/New York Times/AP

At last year’s State of the Union Address, President Donald Trump pledged to end the spread of HIV in the United States by 2030. A year later, his chances of success are still TBD.

Shortly after the speech, the Trump administration requested $291 million for a new initiative called “Ending the HIV Epidemic: A Plan for America.” The plan called for a significant increase in funding to domestic HIV prevention and treatment programs, with those funds—as well as other resources—primarily going to areas with the highest rates of new HIV infections. In the initiative’s original announcement, Health and Human Services Secretary Alex Azar estimated the program would “reduce new infections by 75 percent in the next five years and by 90 percent in the next ten years, averting more than 250,000 HIV infections in that span.”

The funding was approved in December and has only just now started to flow down to the 50–plus communities it’s intended for. In the meantime, the CDC and Health Resources & Services Administration released supplemental funding to kickstart the president’s initiative. HHS also launched a program called Ready, Set, PrEP, which provides free pre-exposure prophylaxis medication to up to 200,000 uninsured people each year.

Those are, undeniably, steps in the right direction. But on their own, they’ll only go so far, says Jen Kates, director of global health and HIV policy at the Kaiser Family Foundation. That’s because Trump’s substantial health care rollbacks may put HIV-positive people at risk.

In the past year, the Trump administration has proposed cutting more than $1.7 billion from global HIV eradication programs, and an additional $63 million from a housing subsidy program specifically for HIV-positive Americans (Congress denied the cuts and is still funding the programs in full). The administration also argued to overturn the Affordable Care Act, including its legal protections for those with preexisting conditions. Prior to ACA, people that had been diagnosed with HIV were often considered uninsurable. It has also enacted a Title X gag rule, which prohibits community clinics that receive federal family-planning funds from referring patients to abortion services. Hundreds of clinics, which often also provide vital HIV-related care, have since withdrawn from the program, including more than 200 in regions hardest hit by the HIV epidemic.

In 2018, Trump’s Centers for Medicare & Medicaid Services created additional barriers to Medicaid, such as work requirements, despite the fact that the program is the primary source of health insurance for HIV positive people.

“HIV and HIV risk don’t exist in a vacuum,” Kates said. “All of those other steps could pose real barriers for the very same community that this initiative is trying to reach.”

And that’s to say nothing of some of the key figures in the Trump administration’s regrettable history on HIV. As Mother Jones wrote last year, as governor of Indiana, Vice President Mike Pence “ignored public health officials’ warnings about the state’s HIV outbreak, opting at first ‘to pray‘ instead.”

Kates says it’s still too early to tell what effects the $291 million will have on HIV rates. Now that the funding has been allocated, individual localities will submit proposals for how they’ll actually use it. She says the increased funding is significant, but without successful local strategies and continued fiscal support, the initiative’s success is far from guaranteed.

“The initial amount requested was was certainly an increase, but it’s still not enough to reach the ambitious goals of this initiative. Will that amount be ramped up [next year]? We’ll find out next week when the budget comes out.”