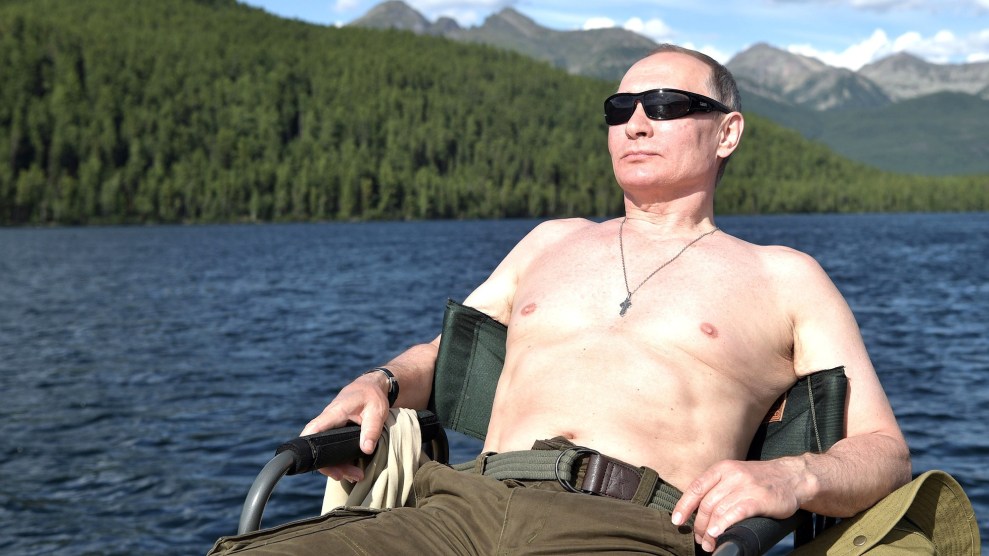 Vladimir Putin—invader of Ukraine, enemy of gay rights, election-disturber, and generally shirtless autocrat—good or bad? For Republicans and Democrats, this used to be a simple question. No longer.

New data from the Pew Research Center shows a sharp partisan divide emerging when it comes to Americans’ opinions of Putin and Russia. Nearly one-third of Republicans and Republican-leaning independents now say they have confidence in Putin “to do the right thing concerning world affairs.” Only 10 percent of Democrats and Democratic-leaning independents say the same thing.

When Pew asked the same question in 2014, there was no split between Republicans and Democrats: Just 15 percent of both groups were confident Putin would do the right thing. Republicans are now 21 points more likely than Democrats to trust Putin, the largest gap since Pew began asking about him in 2006.

The reasons for the Party of Reagan’s newfound fondness for Putin are perhaps not hard to discern. Back in 2013, then-reality TV star Donald Trump tweeted, “Do you think Putin will be going to The Miss Universe Pageant in November in Moscow – if so, will he become my new best friend?”

As a politician, Trump has called Putin a “very smart cookie” who is “much smarter, much more cunning” than Barack Obama.

“I respect Putin,” Trump said in November. “He’s a strong leader.” In an era of hyper-partisan tribal fealty, members of the party he has taken over increasingly agree.