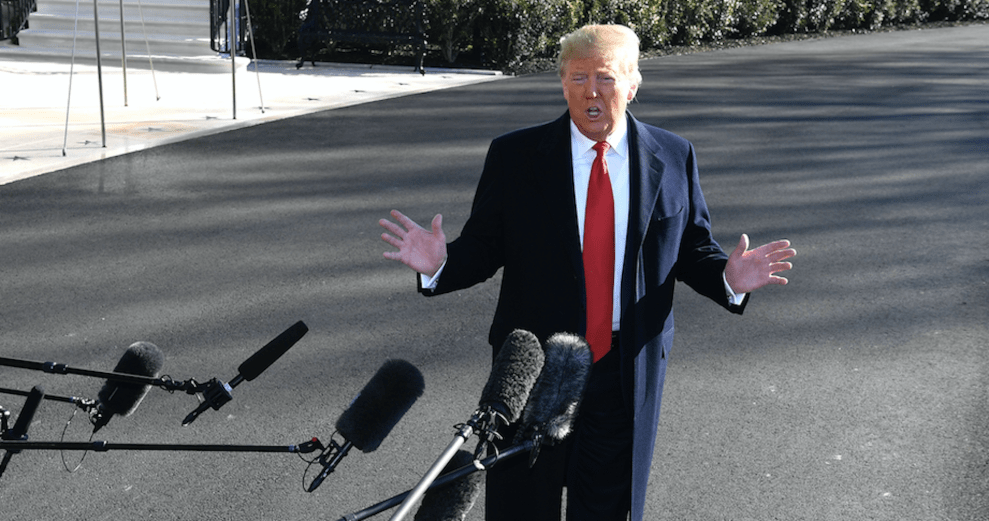 President Donald Trump railed against Supreme Court Justices Sonia Sotomayor and Ruth Bader Ginsburg on Twitter late on Monday, demanding that the two liberal justices recuse themselves from cases involving the president and “Trump-related matters.” The move came shortly after Sotomayor wrote a dissenting opinion effectively accusing her conservative colleagues of granting favors to the president.

“This is a terrible thing to say,” Trump wrote in a pair of tweets that misspelled Ginsburg’s name. “Trying to ‘shame’ some into voting her way? She never criticized Justice Ginsberg [sic] when she called me a ‘faker.’ Both should recuse themselves on all Trump, or Trump-related, matters!”

Trump, who cited Fox News’ Laura Ingraham in his attack, was likely referring to Sotomayor’s fiery dissent to the Supreme Court’s 5-4 ruling last week lifting a lower court’s injunction at the Trump administration’s request, and allowing it to make it more difficult for poor immigrants to enter the country. “It is hard to say what is more troubling: that the Government would seek this extraordinary relief seemingly as a matter of course, or that the Court would grant it,” Sotomayor wrote, one of several lines widely interpreted as a criticism of the conservative wing of the high bench.

“Claiming one emergency after another, the Government has recently sought stays in an unprecedented number of cases, demanding immediate attention and consuming limited Court resources in each. And with each successive application, of course, its cries of urgency ring increasingly hollow,” she continued.

Trump’s demand on Monday, which follows his ongoing attacks and attempts to influence the Justice Department and intelligence agencies after the Senate’s impeachment acquittal, came hours after Axios reported that Ginni Thomas, the wife of Supreme Court Justice Clarence Thomas, is involved in efforts by right-wing activists to purge individuals deemed as a part of a “Deep State hit-list.”