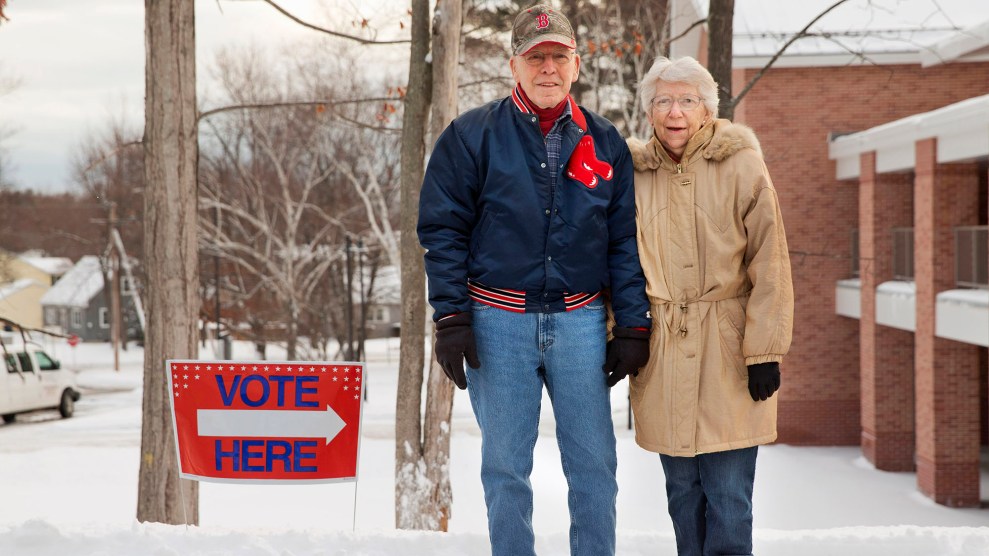 A pair of voters at the 2016 New Hampshire primary.Jacquelyn Martin/AP

As the election results didn’t begin to trickle in Monday night, cable news and Twitter pundits unleashed an onslaught of hate onto the first-in-the-nation Iowa caucuses. Thanks to snafus from a new app that precincts were asked to use to report results, the Iowa Democratic Party kept the tallies locked away Monday night, leaving even Iowans to say they may have forfeited their privileged status in future elections due to the turmoil. “This fiasco means the end of the caucuses as a significant American political event,” David Yepsen, a former longtime Des Moines Register reporter, told Politico. “The rest of the country was already losing patience with Iowa anyway and this cooks Iowa’s goose. Frankly, it should.”

Will waiting an extra day to learn the final election tallies really hamper American democracy? No—just look at Super Tuesday, whose big prize, California, sometimes doesn’t fully report election results for weeks. But the consensus that the Iowa caucus tradition should die is spot-on, as my colleague Clint Hendler wrote in a prescient article Monday morning explaining how caucuses disenfranchise voters with their tortuous procedures. And as erstwhile presidential candidate Julián Castro noted before he dropped out—and again Monday night, speaking on behalf of his new preferred candidate, Elizabeth Warren—the state is out of step with the demographics of the country, giving too much weight to white voters’ voices in an increasingly diverse country.

So let 2020 be the last year that Iowa gets first say in presidential politics. But if we’re finally going to fix our out-of-whack presidential nomination system, don’t let Iowa be the only casualty.

Any liberal complaints about Iowa should only be magnified when it comes to New Hampshire. Too small? At least Iowa boasts a population of more than 3 million people, and the 101st largest city in the country in the state capital of Des Moines. New Hampshire, on the other hand, is minuscule. Just 1.3 million people live there. Manchester, the state’s largest “city,” has barely 110,000 residents, making it the 259th largest city in the country, just behind Miami Gardens, Florida, and ahead of High Point, North Carolina.

Neither state will likely give up easily, especially since four years from now, Republicans will also hold a competitive primary and will have a say on the operational order. President Donald Trump has tweeted, “As long as I am President, Iowa will stay where it is. Important tradition!” The state’s Republican governor, Kim Reynolds, rushed to defend the process Tuesday morning, saying, “We look forward to Iowa carrying on its bipartisan legacy of service in the presidential nominating process.”

New Hampshire even has a law on the books that it must be the first primary in the country (that’s one reason Iowa has clung to the outdated caucus model), and when a group of states tried to leapfrog the order in 2008, it set off an arms race to move up the calendar, with the Iowa caucuses that year held just a few days into the new year.

No one wants the first vote for the 2024 contest to happen during the summer of 2023, so any change would require coordination from the national parties and a fair bit of strong-arming against their state counterparts. But it’s a fight worth having, just so long as it doesn’t exclusively target Iowa. Next week should bring the last first-in-the-nation primary for New Hampshire as well. Let’s try something different in four years. Maybe give Georgia a chance.