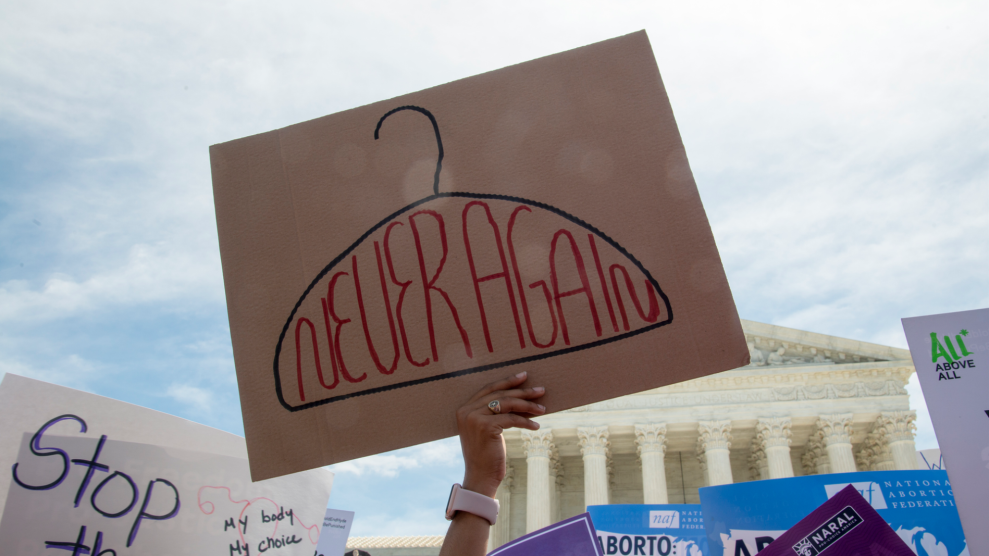 Abortion rights supporters gather at the Supreme Court in Washington in May 2019.Patsy Lynch/AP

As the Supreme Court prepares to hear its first abortion case since the appointment of conservative justices Brett Kavanaugh and Neil Gorsuch, Virginia just took a preemptive step to protect the right to an abortion, no matter what happens in the courts.

“Virginians believe that they should have access to reproductive health care that is not full of restrictions,” says Charniele Herring, majority leader of the Virginia House of Delegates. “I think many Virginians—conservatives and progressives alike—do not like the idea of a politician entering the caregiver’s office to dictate what protocol should be used.”

The law, passed Thursday in the House of Delegates, will repeal Virginia’s mandatory waiting period, which requires patients to wait 24 hours after a consultation to receive an abortion. It will allow certified nurse midwives and nurse practitioners to perform first-trimester abortion services and remove the requirement that providers give counseling to patients seeking abortions. It will also eliminate the requirement for an ultrasound before an abortion, a practice that can be traumatizing for patients. The American Medical Association says mandatory ultrasounds provide no “additional medically necessary information.”

The state Senate passed the bill earlier in the week, and Gov. Ralph Northam, who has been outspoken in his support for abortion rights, is expected to sign it.

“Those restrictions in the code were politically charged,” says Herring, “and it had nothing do with the provision of good care.”

Republican lawmakers have argued that enacting these changes would make women seeking abortions less safe and stressed the need for tightly regulating the procedure. Herring says that in particular, some of her colleagues expressed concerns about repealing restrictions on nurse practitioners performing abortions. However, studies have found nurse practitioners perform abortions just as safely as doctors.

Democratic state lawmakers across the country have passed similar abortion protections in the past year, as attacks on abortion access have ramped up in conservative states. In 2019, nine states—Illinois, New York, Rhode Island, Vermont, Maine, California, Nevada, New Jersey, and Hawaii—passed legislation protecting or expanding the right to an abortion. Maine also voted to allow certified nurse midwives and nurse practitioners to provide non-surgical abortions. Four states codified Roe v. Wade by enshrining the right to an abortion in their state law.

Herring says she hopes Virginia will be the next state to codify the right to an abortion. She notes that there are a record number of women from both parties in the legislature. “When women are elected and in power,” she says, “there will be a tendency that we make sure that we are protecting our interests.”