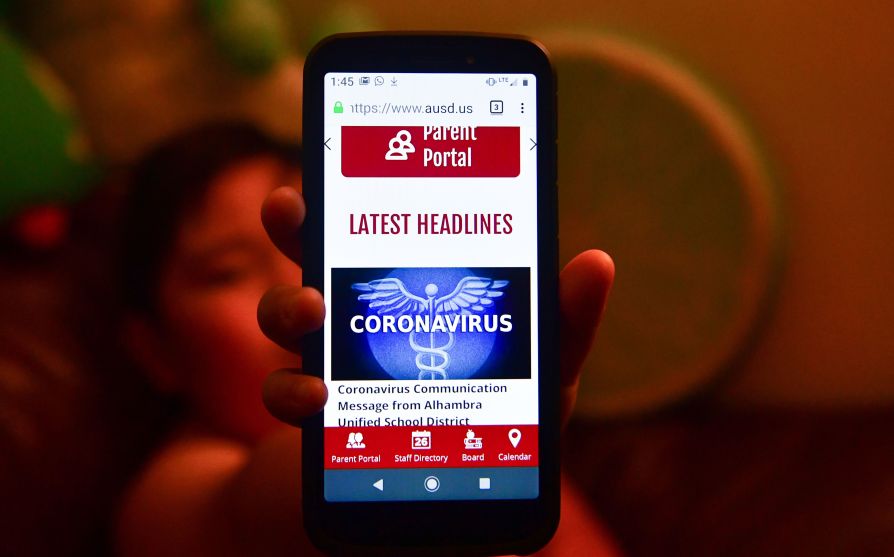 Unsubstantiated and outright false information about the coronavirus has been ripping across the internet. Posts and text and email chains spreading misinformation have gone so viral that local law enforcement and federal agencies have had to issue public responses.

In normal times, news events are often interpreted differently by different political ideologies, with the bulk of misinformation siloed on one side of the political spectrum. In the fall of 2018, when a large group of immigrants, dubbed the migrant caravan, was traveling through Central America to the southern U.S. border, a slew of conservatives spread misinformation and disinformation about the migrants, baselessly claiming that they were being funded by liberal megadonor George Soros and that they were carrying dangerous diseases. Hoax theories about bomb scares targeting liberals, smears about Rep. Ilhan Omar marrying her brother, and baseless conspiracies about liberal elites involving Pizzagate and QAnon have also abounded on the right.

More people are online than ever before, looking for information on exactly the same thing.

Misinformation can also happen on the left, but is usually contained within sub-factions. Last month, a misinformed theory spread that Lis Smith, a spokesperson and top advisor on Pete Buttigieg’s 2020 presidential campaign, was running a pro-Buttigieg Nigerian burner account on Twitter. The theory, which ended up being incorrect, largely spread in leftist and socialist circles.

But the coronavirus is creating a new, broader misinformation environment. While news about the virus has played out differently along ideological lines, every ideology has fallen victim to or peddled misinformation.

On the right, the Fox News ecosystem and its digital adjuncts have peddled bad-faith disinformation underplaying the severity of the coronavirus and misrepresenting the Trump administration’s slow response. Misinformation has also hit left-wing and apolitical circles as people with the best intentions share unsubstantiated, misleading, or outright false information. Hoaxes have spread about the New York Police Department locking down New York City and misinformation about humidity stymying the spread of coronavirus.

My own friends who tend to diligently follow the news and check their sources are joining in, and sharing misinformation with me. On Monday night my roommate asserted that drinking water every 15 minutes would help slow the spread of the coronavirus—something that my Mother Jones colleague Abigail Weinberg debunked five days before. On Saturday, a friend in New York confidently told me by phone that his sister had a buddy who worked in the NYPD, and had passed on word that police would shut down roads and transportation in the city that weekend. It ended up being incorrect information from a viral hoax text chain.

Even journalists have succumbed to spreading information about the virus that they later regretted. The Atlantic’s Alexis Madrigal shared a tweet linking notes an audience member made at a discussion about the virus involving staff from the University of California at San Francisco, but took it down after pushback questioning whether the information had been presented with adequate context. Other journalists shared the notes on Twitter as well. “When a tweet goes that viral, the burden on it to be the best available source of information goes up,” Madrigal wrote after deleting it.

Social media and disinformation researchers think that the coronavirus fears are blowing misinformation out to new levels, because of something of a perfect storm: More people are online than ever before, looking for information on exactly the same thing, and lacking clear authoritative sources.

President Trump—who has proven to be an unreliable narrator—is still a major source of information.

“There’s an unprecedented amount of people searching for the same thing and posting about the same thing,” Joan Donovan, director of the Harvard Shorenstein Center’s Technology and Social Change Research Project, told me over the phone. “When everyone is looking at the results of an NBA game, you have ways to see if that info is true or not true; you can check NBA.com for the score. Now we lack authority providing information, and you have everyone with an internet connection posting info and their fears. This presents an incredible opportunity for foreign interference and grifters and misinformation.” Indeed, nation-states, grifters, and misinformation have all thrived in this atmosphere.

Kate Starbird, a professor of human centered design and engineering at the University of Washington offered a similar analysis on Twitter.

“This challenge [of preventing misinformation] becomes compounded when we lose trust in ‘official’ sources—e.g. government agencies charged with managing the response,” Starbird wrote in a tweet thread. “When elected leaders share dubious info and contradict their own agencies and scientists, this foments distrust and diminishes our collective ability to find the best information at this time—increasing uncertainty and anxiety, and even causing people to take the wrong actions.”

Part of the problem is that while the most prominent mouthpiece of the federal government—President Trump—has proven to be an unreliable narrator for a lot of information about the outbreak, he still is a major source of information that people pay attention to, even if they’re skeptical about him and his pronouncements. When he speaks, a source who is known to have a fast and loose relationship with facts is pouring information out to the public with few filters.

“This idea of gate crashing, that institutions can carry its message to the public without the press—that didn’t exist before,” says Jennifer Grygiel, a communications professor at Syracuse University who specializes in social media and memes, explained to me.

Under Trump, other arms of the federal government have been reluctant to produce or pass on worthwhile information. Add the lack of authoritative information to the fact that people are anxious and desperate for any information, and you get a situation where people are willing to share almost anything, correct or not, that helps them make sense of what’s happening.

It’s something that human beings are more or less wired to do. Drawing from research on the sociology of disaster, Kate Starbird describes this as “collective sensemaking.”

“In this crisis and others, sharing what we’ve heard is how we process traumatic events,” Whitney Phillips, an assistant professor of communication and rhetorical studies at Syracuse University, wrote in a story for Wired. “It’s also a way to help those around us—at least, it’s a way to feel like we’re helping.”

When the information is correct, it does help. But right now a lot of what’s spreading around is not.