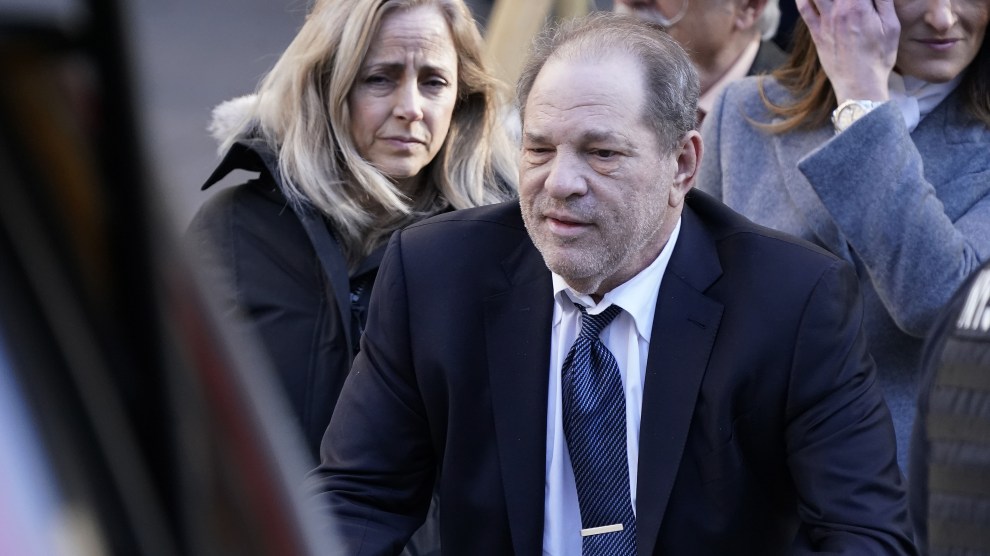 Harvey Weinstein, who was found guilty last month of third degree rape and a first-degree criminal sexual act, was sentenced to 23 years in a New York State prison Wednesday morning.

More than 100 women have accused the former media mogul of sexual misconduct, and his sentencing is a landmark moment for the #MeToo movement that began with a bombshell October 2017 New York Times article detailing Weinstein’s decades-long habit of paying off women who accused him of sexual harassment.

Judge James Burke, who presided over Weinstein’s trial, sentenced Weinstein to 20 years for a criminal sexual act against Miriam Haley, and three years for the rape of Jessica Mann, according to the Times.

Weinstein’s legal battles may be far from over. As my colleague Madison Pauly reported last month:

Weinstein still faces a second trial in California where he is charged with forcible rape, forcible oral copulation, sexual penetration by use of force and sexual battery by restraint. If convicted, those charges could result in a prison sentence of 28 years.