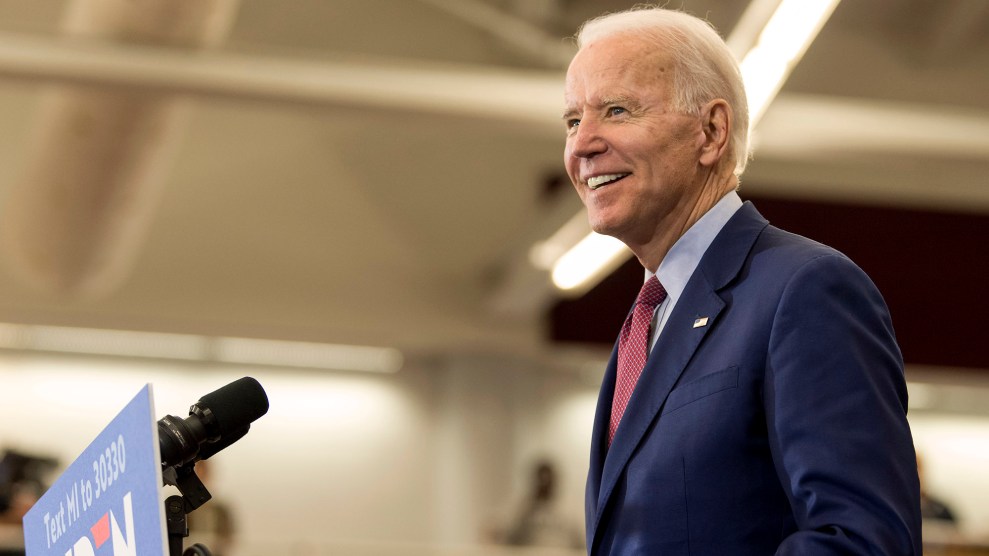 Joe Biden won the Democratic primary in Michigan on Tuesday in a contest that was considered crucial to the ongoing primary. Bernie Sanders’ campaign had previously been a favorite to win the midwestern, working class stronghold, and his ability to win there was a key part of his campaign’s argument that Sanders would be a strong candidate to take on Trump in November. But Biden’s win there instead cemented his frontrunner status in the race, and added to his delegate lead. With the race narrowed to two main contenders and Biden’s success on Tuesday, the possibility for a Sanders comeback is much smaller.

Biden led Sanders by more than 10 points when polls closed on Tuesday, with only 30 percent of precincts reporting, but it was enough for the networks to call the race for Biden. His quick win on what was expected to be a long night of vote-counting is evidence of how decisively the race has moved in Biden’s favor.

Four years ago, Sanders won the Michigan primary in an upset victory that propelled his challenge to Hillary Clinton forward. Sanders had trailed Clinton in polls before the vote, and his success there kept him alive after Super Tuesday. Now Biden’s win cements his lead over Sanders and momentum moving forward to another large batch of primaries on March 17. Michigan is also Tuesday’s biggest delegate prize, with 125 delegates, and at the end of the day, the primary is a delegate-counting game.

The loss is particularly biting for Sanders, whose campaign benefited from the idea that he would be a strong candidate in the midwest where his populist message would appeal—in contrast to Hillary Clinton’s critical loss of Michigan in the general election, as well as Wisconsin, Ohio, and Pennsylvania. But Sanders has struggled with two critical voting blocks that continue to propel Biden’s candidacy, black voters and moderate suburbanites, who are opting for the trusted, moderate candidate over Sanders’ message of political revolution.

This was particularly true in South Carolina, which has an important parallel with Michigan: an open primary. That means that independents and Republicans could vote in the Democratic primary Tuesday. Biden is likely to have benefitted from this, as he probably did in South Carolina, where more moderate and anti-Trump voters are leaving the GOP and hoping for a Biden nomination as the more moderate candidate to take on Trump.

Biden scored delegates with a big win in Mississippi, where Sanders had essentially given up and canceled an event, as well as a victory in Missouri. This adds to Biden’s growing delegate lead, with decreasing time for Sanders to stop Biden from getting a majority and ending the primary in the next month.