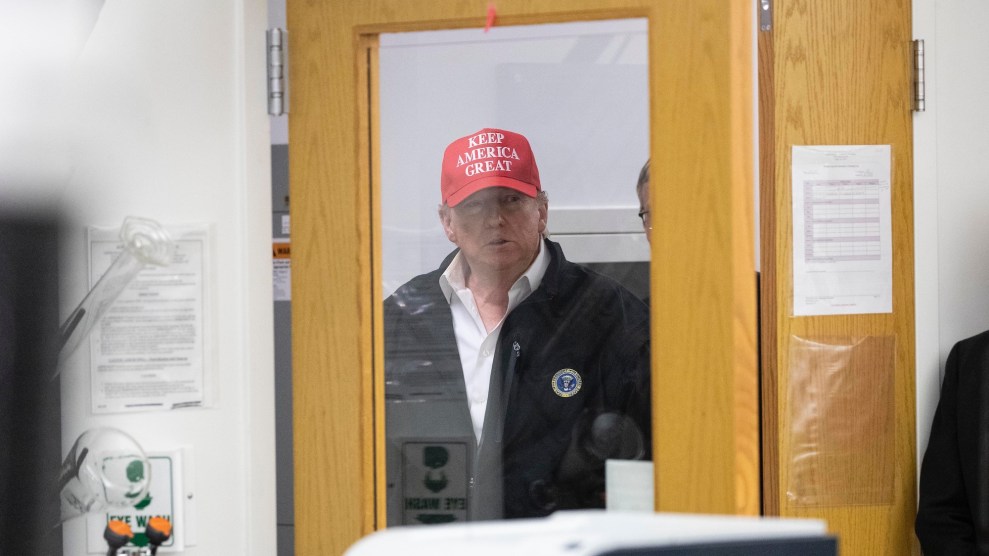 Updated, March 9, 2020: On Monday, a group of seven Democratic senators, including former presidential candidates Elizabeth Warren and Cory Booker, wrote to Labor Department Secretary Eugene Scalia urging him to issue an emergency temporary standard to protect “all workers” from COVID-19, and requesting that he resume active work on OSHA’s sidelined infectious disease regulations. They pointed to “hundreds” of health care workers who have been exposed to COVID-19, quarantined, or infected, as well as “thousands” of first responders, flight attendants, pilots, public transportation workers, TSA screeners, baggage handlers, and social workers likely to be exposed to virus.

“It would present a very real threat to our health care system and public health response if, due to OSHA failing to issue an [emergency temporary standard] that could protect them, health care workers are quarantined in large numbers, fear coming to work due to the risks associated with this pandemic, fall ill from COVID-19, or even die,” the senators wrote. “By not issuing an ETS, you will be failing to protect the countless other workers who are at elevated risk of being exposed to COVID-19 simply through their normal job duties.”

Since the earliest days of the Trump administration, the federal Occupational Health and Safety Administration has had a completed draft of workplace rules that were made for the very crisis we now find ourselves in, with the power to protect vulnerable healthcare workers from exposure to infectious diseases like COVID-19. According to the Washington Post, the draft regulation would require employers to provide healthcare workers with protective equipment and create plans to control the spread of infectious diseases, potentially including building isolation rooms for quarantining patients. The only problem is the administration doesn’t seem to have much interest in action.

Work on the proposal began years ago following the H1N1 influenza pandemic in 2010 and continued throughout the Obama administration. But in spring 2017 it was shelved as a “long term action,” part of a comprehensive deregulation scheme pushed by the president.

OSHA, which issues regulations on workplace safety and enforces them through inspections and fines, could at any time issue the drafted rules as an “emergency temporary standard” that would take effect immediately upon publication and remain in effect for six months. But so far, there is no sign that the administration is planning to do that, despite pressure from Democratic lawmakers, labor unions, and David Michaels, former assistant secretary of labor and OSHA head under President Obama.

Reps. Bobby Scott (D-Va.) and Alma Adams (D-NC), members of the House Committee on Education and Labor, sent a letter to Labor Secretary Eugene Scalia in January urging him to allow active work to resume on the infectious disease regulation, and warning him that an emergency regulation could become necessary if the coronavirus outbreak in the United States worsened. (Emergency OSHA regulations may be issued only when they are necessary to protect employees from “new hazards” or “grave danger” as a result of exposure to harmful substances.)

On Thursday, the lawmakers sent a second letter, saying the time had come to act. “If health care workers are quarantined in large numbers, or get ill or die, or fear coming to work due to the risks, it’s not just a personal or workplace problem, it’s a national public health disaster,” they wrote. “As we enter into what is likely to be the greatest infectious disease crisis this country has faced in over a century, it is in the national interest that OSHA be on the forefront of protecting workers essential to the country’s health care system.”

The following day, the AFL-CIO and more than a dozen other unions petitioned Scalia to issue the emergency standard to protect not only healthcare workers and first responders, but also airline, transportation, social service, and other “public-facing” workers. They were joined by the National Nurses Union, which raised alarms about the preparedness of hospitals to deal with the coronavirus, releasing a survey of more than 6,500 nurses across the US which shows a widespread lack of equipment, information, and training. As I reported:

Fewer than half of responding nurses had received information from their employers about how to recognize and respond to possible cases of COVID-19, the disease caused by the new coronavirus. Less than a third reported that their employers had enough protective equipment on hand to protect staff in the event of a surge of infections. And just 29 percent said their employers had a plan to isolate possible coronavirus patients.

Last week, Michaels, the former OSHA head, wrote in the Atlantic that issuing the infectious disease emergency standard would essentially empower the federal agency to enforce the infection-control guidelines issued by the Centers for Disease Control and Prevention:

The standard would require employers to develop and implement an infection-control plan to protect health-care and related workers with occupational exposure. It would include provisions for worker training and distribution of masks and other personal protective equipment.

Rules that require employers to plan for an epidemic may seem like common sense, and many employers voluntarily already do everything they would be required to do. But many is not enough. An OSHA standard would provide much-needed guidance, and the prospect of inspections and civil penalties would no doubt motivate some employers to do the right thing. Such a standard would, in essence, make following CDC guidance an enforceable requirement.

In an interview with the Washington Post, Michaels said that the regulation would require hospitals to create a protocol for handling any patients with respiratory symptoms and to assess if they had enough protective gear. “The framework is there,” he said. “If OSHA wanted to modify the standard, it could put it out tomorrow.”

Meanwhile, healthcare workers in multiple US counties are in quarantine after learning that they had cared for a patient who tested positive for the coronavirus. “Workers were allowed to come in contact for too many hours without wearing proper safety equipment, and as a result a large number of workers had to be sent home, putting us and our families at risk,” one pathology assistant told NBC Bay Area.