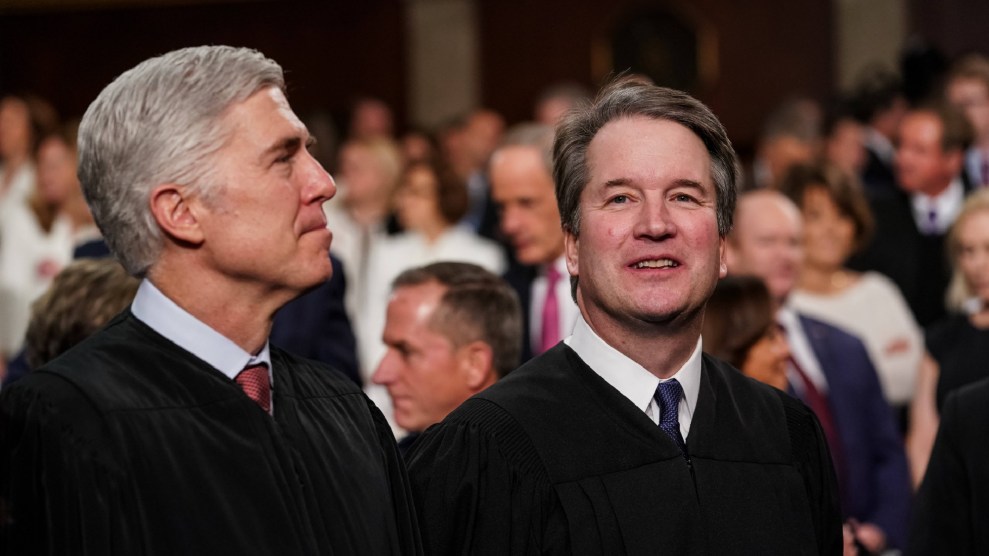 The Supreme Court on Monday declined to issue a ruling on a New York City gun regulation, scoring a big victory for gun control groups, but potentially setting up for a bigger Second Amendment battle in the future.

The case stems from a 2013 lawsuit by the New York State Rifle & Pistol Association against the city of New York over a law that barred the transportation of legally owned firearms from the city to anywhere outside of it—like shooting ranges, shooting competitions, or second homes. After two lower courts ruled in favor of the New York City law, citing the Supreme Court’s 2008 ruling in the District of Columbia v. Heller, which clarified that the transportation of any weapons outside one’s home could be regulated, the NYSRPA—which is affiliated with the National Rifle Association—appealed to the Supreme Court. Had the Supreme Court ruled on the case, it would have been the court’s first ruling on the scope of the Second Amendment in a decade.

Instead, the court declared the issue moot. Ahead of oral arguments New York City had reversed the law, out of fear that a Supreme Court ruling could threaten gun control laws across the nation. The Supreme Court’s sidestepping of the issue is certainly a blow to gun rights groups like the NRA, who were hoping a definitive opinion by the conservative-majority court would greatly expand where gun owners could carry firearms. Three of the Court’s conservative justices—Samuel Alito, Neil Gorsuch, and Clarence Thomas—dissented with their colleagues, with Alito writing that, “by incorrectly dismissing this case as moot, the Court permits our docket to be manipulated in a way that should not be countenanced.” But in a two-paragraph concurring opinion, Justice Brett Kavanaugh hinted that the court might be taking up the issue sooner rather than later. “The Court should address that issue soon,” he wrote, “perhaps in one of the several Second Amendment cases with petitions for certiorari now pending before the Court.”

For gun control groups like Everytown for Gun Safety and the Brady Campaign to Prevent Gun Violence, the court’s punting of the issue is a victory—for now. “Fortunately, the Supreme Court just thwarted the gun lobby’s hope for a broad ruling that could slow the gun safety movement’s growing momentum,” said John Feinblatt, Everytown’s president. A technicality may have prevented the Supreme Court from ruling on the Second Amendment, but Jonathan Lowy, Brady’s chief counsel, knows that that may happen sooner than later, pointing to Kavanaugh’s words. “We know that this fight is not over,” Lowy says. “The gun lobby will continue challenge gun laws across the country, and there are a number of cases that are before the Supreme Court right now that the court could take very soon.”

Among the cases is Gould v. O’Leary, a lawsuit that challenges Massachusetts’ concealed carry licensing system, which is currently being considered by the Supreme Court. If that case, or another one similar to it, does get picked by the Supreme Court, it could be the Second Amendment doomsday scenario that gun control advocates fear and gun rights activists are hoping for. Kavanaugh, as evidenced by his previous record on the Court of Appeals for the District of Columbia, is keen to expand the Second Amendment.

“Brett Kavanaugh just officially put everyone on notice that no gun safety measures are safe now that he is on the Supreme Court,” says Christopher Kang, the chief counsel for Demand Justice, a progressive judicial advocacy group. “At a time when the American people are demanding solutions to the gun violence epidemic, the Republican majority on the Supreme Court is an existential threat to any and all commonsense solutions.”