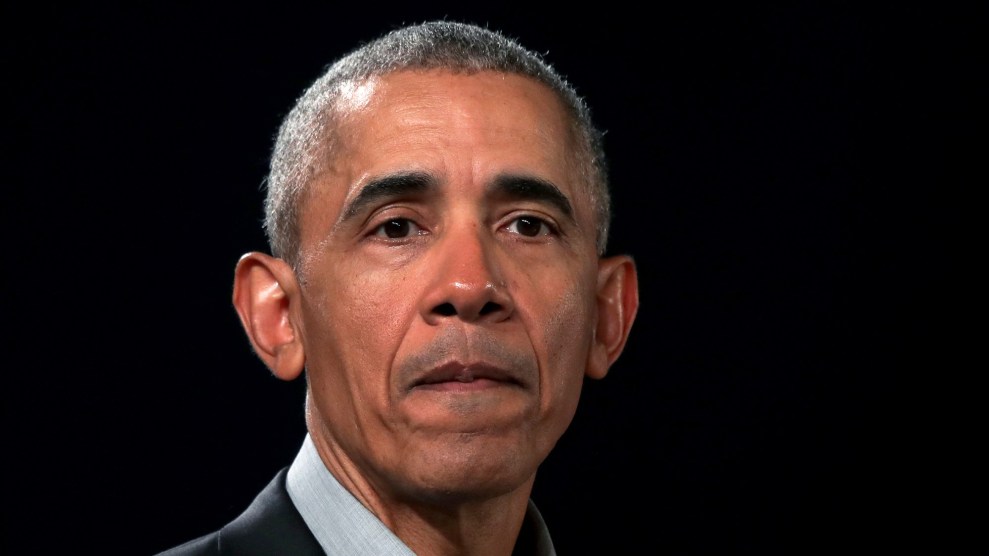 As the nation reels and rebels over the killing of George Floyd under the knee of a Minnesota cop, former President Barack Obama has released a statement that echoes the anguish we’re all feeling: This shouldn’t feel typical by any stretch of the word. And yet, it keeps happening.

“This shouldn’t be ‘normal’ in 2020 America,” the former president writes. “It can’t be ‘normal.’ If we want our children to grow up in a nation that lives up to its highest ideals, we can and must be better.”

My statement on the death of George Floyd: pic.twitter.com/Hg1k9JHT6R

Obama also shared snippets of recent conversations he’s had with several friends over Floyd’s killing, quoting a “middle-aged African-American businessman” who wrote to the former president that ‘the knee on the neck’ is a metaphor for how the system so cavalierly holds black folks down, ignoring the cries for help.” And another friend Obama spoke with mentioned the sentiments in the song by 12-year-old Keedron Bryant that has since gone viral to express his frustration over situation. “The circumstances of my friend and Keedron may be different, but their anguish is the same. It’s shared by me and millions of others,” the president wrote.

Though the tone of Obama’s statement is one of anguish and frustration, he called on Minnesota officials to thoroughly investigate Floyd’s killing so that “justice is ultimately done.” Shortly after the president’s statement was released, Derek Chauvin, the police officer in the widely viewed video who had his knee on Floyd’s throat, was taken into custody.