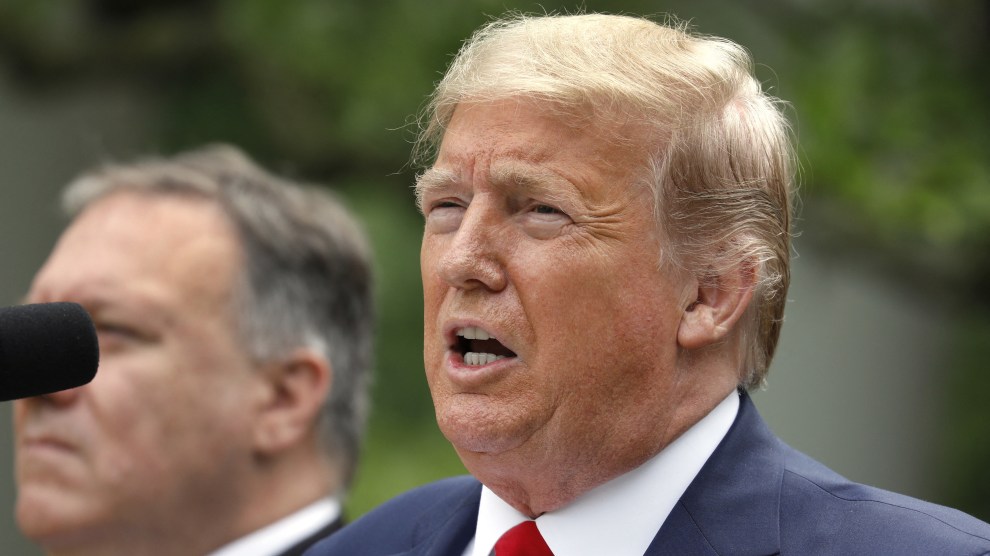 After arriving 45 minutes late to a planned press conference on the White House lawn, President Donald Trump spoke for nine minutes about his antipathy toward China—without sparing a single word to address the killing of George Floyd or the ensuing chaos in Minneapolis,

While reporters in Washington, DC, waited for the president to take the podium, he sat somewhere out of sight and tweeted feeble justifications for a prior tweet in which he had said that “THUGS” were “dishonoring the memory of George Floyd” and had added, “Just spoke to Governor Tim Walz and told him that the Military is with him all the way. Any difficulty and we will assume control but, when the looting starts, the shooting starts.”

In his afternoon tweets, Trump insisted that he simply meant that “looting leads to shooting,” not that looters should be shot.

….It was spoken as a fact, not as a statement. It’s very simple, nobody should have any problem with this other than the haters, and those looking to cause trouble on social media. Honor the memory of George Floyd!

Trump’s Friday afternoon tweets may have given the impression that he would address Floyd’s death in his remarks; instead, he railed against China’s actions in Hong Kong, promised to revoke Hong Kong’s special trade status as a way to punish Beijing, and vowed that the US would immediately end its relationship with the World Health Organization.

“China raided our factories, offshored our jobs, gutted our industries, stole our intellectual property, and violated their commitments under the World Trade Organization,” he said. Never passing up an opportunity for a dig at former President Barack Obama, he added, “They were able to get away with a theft like no one was able to get away with before, because of past politicians and, frankly, past presidents.”

When Trump finished speaking, he turned on his heel and left as reporters yelled questions about Floyd and Minneapolis in his wake.