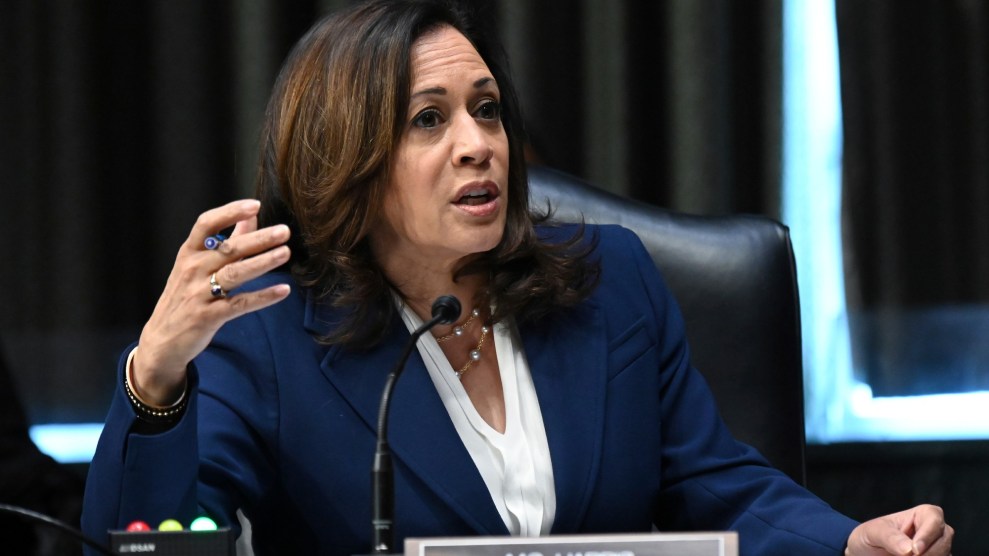 As part of its sweeping coronavirus relief package enacted in March, Congress allotted $500 billion to help stabilize businesses and local governments suffering from the economic crisis. But two Democratic lawmakers are concerned that the Treasury Department is allocating these funds to corporations without meaningful oversight, since the body that’s supposed to govern the process remains leaderless.

“The American people deserve rigorous and thoughtful oversight of this taxpayer-funded relief to American businesses and industries hurt by the 2019 novel coronavirus,” Rep. Katie Porter and Sen. Kamala Harris, both from California, wrote in a letter sent Wednesday to congressional leadership.

The majority of the billions of dollars allotted by the CARES Act for economic stabilization come with few restrictions on how they are spent. The law tasked the Treasury Department with overseeing the distribution of these funds and creating administrative rules to govern the specifics of who receives the funds and what they may be used for. The department’s handling of the funds has already encountered some criticism, after a May report found that in the two months following the CARES Act’s passage, only $37.5 of the $500 billion had been spent. More spending, however, is on the horizon, after Treasury created a number of programs to distribute more of these funds, including one focused on giving loans to small and mid-sized businesses.

The group in charge of policing that spending, however, is still leaderless. The CARES Act created a five-member Congressional Oversight Commission to oversee how the $500 billion was being spent. It required House Speaker Nancy Pelosi and Senate Majority Leader Mitch McConnell to agree on a person to chair the commission. After more than two months, Pelosi and McConnell have yet to make an appointment. Porter and Harris contend in their letter that this lack of leadership has stymied the commission’s mandate to check up on how the relief funds are being used. The pair note that for the commission to act on the authorities assigned to it by Congress—such as holding hearings—a majority of the commission must vote to move forward. But the commission currently has only four members, so reaching a majority may prove difficult.

“Until the Commission has a Chairperson, taxpayers are funding a bailout without the mandated accountability,” their letter notes.