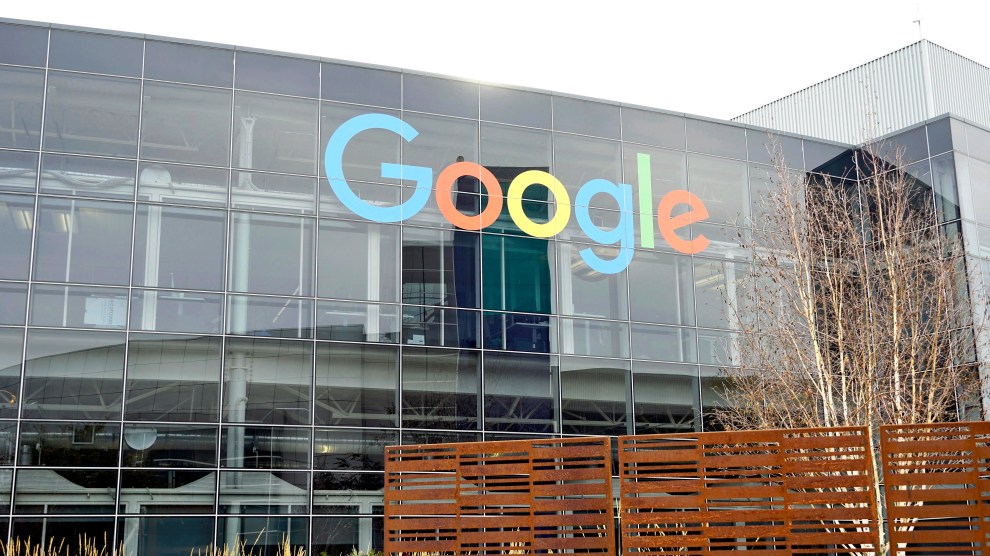 In a new letter, more than 1,600 Google workers are demanding that the company end its work with police departments across the country.

“The past weeks have shown us that addressing racism is not merely an issue of words, but of actions taken to dismantle the actual structures that perpetuate it,” the workers wrote in a draft of the to-be-released letter addressed to Google CEO Sundar Pichai and obtained by Mother Jones. The letter was signed by 1,670 employees, according to a screenshot that was shared with Mother Jones by someone with access to the signature list, and was organized by Googlers Against Racism, an advocacy group within the company.

“While we as individuals hold difficult but necessary conversations with our family, friends and peers, we are also incredibly disappointed by our company’s response,” the letter continued, referencing Google’s lip service to the Black Lives Matter movement.

The letter also demands that the company “stop making our technology available to police forces.”

Google employees singled out the company’s work with law enforcement through its venture capital arm, Gradient Ventures, which the Intercept reported in 2019 funds CAPE Productions, a startup that makes AI software to help police surveil the public with drones.

“Google is profiting off of these racist systems, and we believe this means Google is part of the problem,” the workers wrote.

Google employees had previously organized in 2018 against the company’s Project Maven, its contract to provide AI to the Department of Defense’s military drone program. The company announced that it would end the program after sustained pushback from workers across the company.