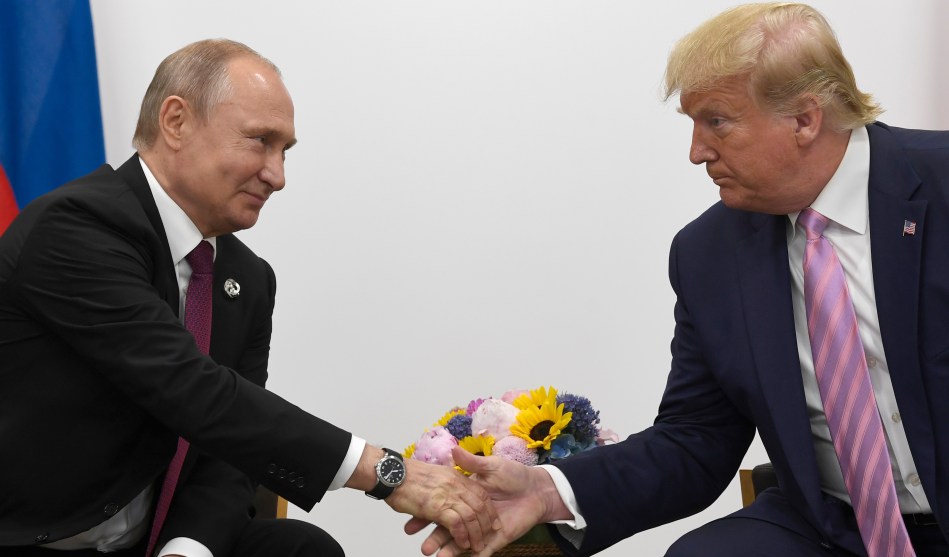 Former longtime intelligence officials saw President Donald Trump’s extensive history of financial dealings with Russia as such a possible national security threat, they thought it warranted a sweeping investigation into his campaign’s ties to Russia during the 2016 election.

But as a new book notes, from the start of the investigation, the Justice Department narrowed the inquiry to a criminal investigation into whether the Trump campaign associates broke laws in connection to Russia’s interference in the 2016 election. What’s more, it did not tell the the FBI about the investigation, “all but ensuring it would go nowhere,” writes Michael S. Schmidt in his upcoming book, Donald Trump v. the United States: Inside the Struggle to Stop a President.

The New York Times reported on Sunday that former deputy attorney general Rod Rosenstein determined that the FBI didn’t have enough evidence to warrant a sweeping investigation into Trump’s relationship with Russia. Rosenstein also thought the intelligence agency’s director, Andrew McCabe, who approved the inquiry, had conflicts of interest. As Schmidt writes:

Mr. Rosenstein never told Mr. McCabe about his decision, leaving the F.B.I. with the impression that the special counsel would take on the investigation into the president as part of his broader duties. Mr. McCabe said in an interview that had he known Mr. Mueller would not continue the inquiry, he would have had the F.B.I. perform it.

“We opened this case in May 2017 because we had information that indicated a national security threat might exist, specifically a counterintelligence threat involving the president and Russia,” Mr. McCabe said. “I expected that issue and issues related to it would be fully examined by the special counsel team. If a decision was made not to investigate those issues, I am surprised and disappointed. I was not aware of that.”

FBI officials had questioned whether Russia had influence on the president, so much so that Trump fired former director James Comey to derail any further investigation. The revelation that the Justice Department never explored Trump’s personal and financial ties to Russia, and neither did the FBI, raises significant questions leading up to the 2020 election. As Schmidt noted:

Mr. Trump has sought to build a Trump Tower in Moscow for at least two decades, including during the campaign. His son Eric once said the Trump Organization relied on Russia for “all the funding we need” to purchase several golf courses in the United States. And the Senate report this month revealed the allegations of Mr. Trump’s potentially compromising encounters with women in Moscow in 1996 and 2013.

In May 2017, special counsel Robert Mueller launched his investigation into “any links and/or coordination between the Russian government” and the Trump campaign, but later told Congress he had not conducted a counterintelligence investigation. Rosenstein reportedly told Mueller that if he wanted to expand the investigation, he had to ask for additional resources. Mueller, in turn, built a staff “to investigate crimes, not threats to national security,” Schmidt reported. A Republican-led Senate intelligence report concluded that Russia interfered in the 2016 election to help Trump win, a determination also made by Trump’s own intelligence agency (whom he has frequently attacked), though both reports found there hadn’t been a coordinated conspiracy between the Trump campaign and Russia.

What’s more, the Senate report determined that Trump’s campaign advisers had extensive contact with people tied to the Russian government, including one associate whom the report called a “Russian intelligence officer.”

In short, Rosenstein’s decision to not go forward with a counterintelligence inquiry and instead prematurely narrow the inquiry’s scope to possible crimes limited what the public could know about its president—ahead of yet another election.