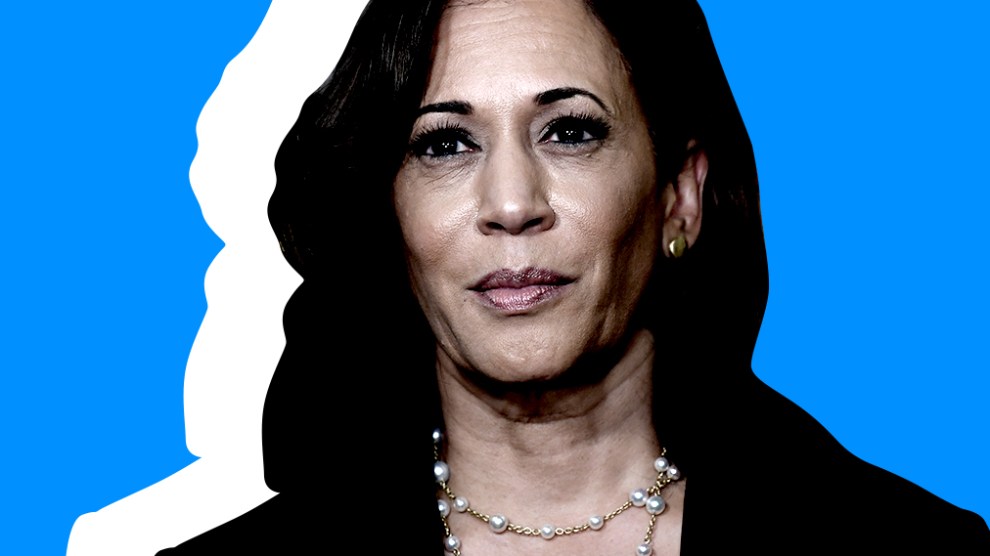 On Tuesday, presumptive Democratic presidential nominee Joe Biden announced that California Sen. Kamala Harris would be his running mate. If you want the details on Harris’ rise in California politics, her record as a prosecutor, and her sometimes complicated relationship with progressive activists, read my colleague Jamilah King. If you want a preview of Trumpworld’s line of attack, check out this statement from the campaign:

It’s kind of a mess—which is surprising given how much time the Trump team had to prepare this!—but the second sentence stands out. Trump’s campaign signals that it wants to highlight Harris’ “record as a prosecutor”—for which she has drawn criticism from supporters of criminal justice reform—while at the same accusing her of being soft on crime. Which one is it? Is Harris too tough on crime, or is she antifa?

The messaging dissonance on what purports to be the campaign’s signature issue—”law and order”—pervades Trumpworld. Andrew Clark, Trump’s rapid response director, took the enemy-of-reform approach when he tweeted on Tuesday that Harris had “fought to keep non-violent inmates locked up” and would be a “great match with ‘architect of mass incarceration’ Joe Biden.” And for months, the pro-Trump site The Federalist has been selling a T-shirt with a badge that says simply “Kamala is a cop.” “If you think bragging about increased arrests, unfurling criminalization, and extending sentencing is the sign of an authoritarian policeman, then we have a shirt for you,” the site boasts. “Show the world Kamala’s true colors with our subtle, screen-printed, soft white tee.”

The Federalist doing their part to assuage fears about a Biden/Harris ticket among swing voters concerned about the Democrats leftward lurch on law and order/looting/statues. pic.twitter.com/6dfvR5wn9O

If you want to call Harris a cop, there’s a smart way to do it. But it’s hard to convince people you’re seriously concerned about her record when you’re simultaneously tweeting out mugshots and wanted posters and accusing the Democratic ticket of aiming to defund law enforcement. The Trump campaign’s position on Harris at this point is essentially: She’s a cop, but also she hates cops.

In a statement released by the campaign, RNC Chair Ronna McDaniel chided Harris for “comparing law enforcement officials to the KKK.” Elsewhere, Trump’s campaign stated that, with the appointment of Harris, Biden was “surrendering control of our nation to the radical mob.” A fundraising email sent out under Vice President Mike Pence’s name calls her “weak on crime.”

Harris’ criminal justice record isn’t the only place where Trump and his allies can’t get their stories straight. The reporter David Bernstein noticed these two attacks from Trumpworld—that Harris is beholden to big banks and also, she’s a socialist. Which one is it?

Back-to-back in my Trumpland message-setters feed this morning: Biden-Harris is the choice of Wall Street, and of radical socialists and anarchists. pic.twitter.com/BSJ20aJpxc

In its incoherent response to Harris, the Trump campaign is merely echoing its incoherent response thus far to Biden. The campaign has spent much of the summer running ads attacking the former vice president for being soft on crime. Biden, they charge, will surrender American cities to radical mobs and defund the police. “You won’t be safe in Joe Biden’s America,” the ads say. The scary images that flashed on the screen, of course, depicted Trump’s America, which the rest of the world considers so scary US citizens are currently banned from Canada. Except…the Trump campaign is also running ads highlighting Biden’s role in drafting the 1994 crime bill. The law “destroyed millions of Black lives,” Trump’s ads say.

Taken separately, Trump’s criminal justice–themed messaging has a certain logic. His campaign wants to win back white independents and moderate Republicans who over the past four years have been abandoning the party, particularly in suburbs. And, because in the president’s mind, it is always New York City in the 1980s, he’s convinced that the way to do it is through racist appeals about crime. But his campaign also wants to depress turnout among Black voters and young activists and believes that one way to accomplish that is to sow doubts about Biden’s commitment to reform—something it tried against Hillary Clinton in 2016. But running these messages at the same time, and even in the same sentence, simply telegraphs the unseriousness of the effort: After three-and-a-half years in office, with 82 days until the election, the only strategy Trump can truly commit to is not having one.