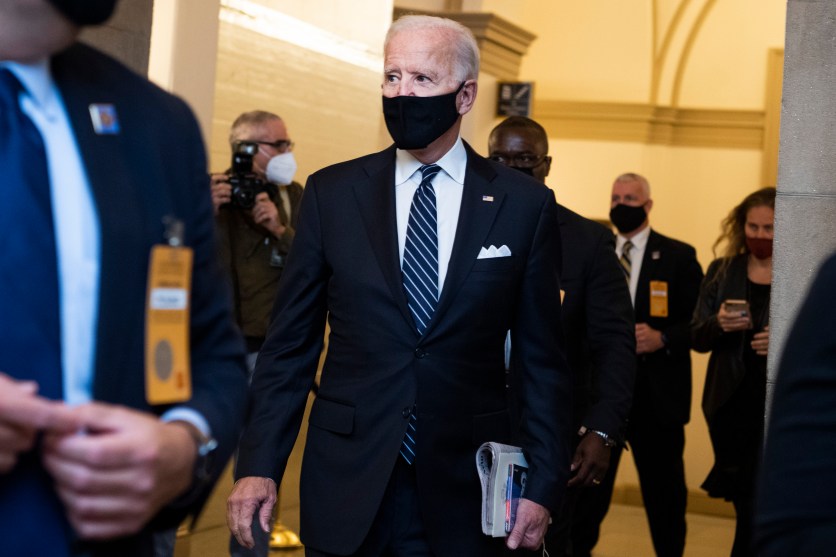 In advance of the first presidential debate, disinformation about Joe Biden is going massively viral on social media, just one day after the former vice president sent Facebook a letter laying out his campaign’s concerns about political disinformation being spread on its platform.

“Report: Joe Biden Has Been Given Tonight’s Debate Questions In Advance” reads a headline on arch-paranoiac Alex Jones’ site, Infowars, a notorious peddler of right-wing disinformation. The “report” Infowars cited was from former Fox host Todd Starnes, who was just citing Jerome Corsi, a right-wing conspiracy theorist with a history of spreading outright lies. Corsi offered no proof that Biden had been given the questions, but Starnes’ story on the baseless allegation reached over 1 million followers on Facebook and another million on Twitter, according to CrowdTangle, a social media analytics tool owned by Facebook.

Lots of disinfo ahead of tonight's debate. One case: InfoWars says Biden got questions in advance, citing former Fox host Todd Starnes. Starnes himself just heard it on local radio. And the radio station got it from conspiracy theory king and ex InfoWars employee Jerome Corsi. pic.twitter.com/O9g8OgZde6

Infowars published its story around noon. By later that afternoon, more Biden disinformation was hurtling out of control on Facebook. A New York Post story with a single anonymous source from the Trump campaign claimed Biden had agreed to be inspected for an earpiece before the debate, which the Biden campaign denied. Regardless the story spread across Facebook, amplified by right-wing sites and posters.

NBC’s Ben Collins noticed that the claim predated the New York Post story; it had been floating around online for weeks before the online poster at the center of the QAnon conspiracy theory, a user claiming to be Q, posted the theory on 8kun, the successor website to the 8chan forum.

The Biden earpiece conspiracy theory (which originated in a tweet from a single anonymous source to a NYPost reporter, and was instantly denied by the campaign) is everywhere on Facebook. Absolutely everywhere. pic.twitter.com/AIdXoy4ZIi

The massive spread of disinformation about Biden came just hours after Facebook essentially blew off Biden’s concerns about disinformation being spread about him.

On Monday, the Biden campaign sent a letter to Facebook calling it “the nation’s foremost propagator of disinformation about the voting process,” and saying that “Rather than seeing progress, we have seen regression,” according to a copy of the letter published by Axios.

Facebook spokesperson Andy Stone responded vaguely, saying that the company has received criticism from both Republicans and Democrats and added that “we have rules in place to protect the integrity of the election and free expression, and we will continue to apply them impartially.”