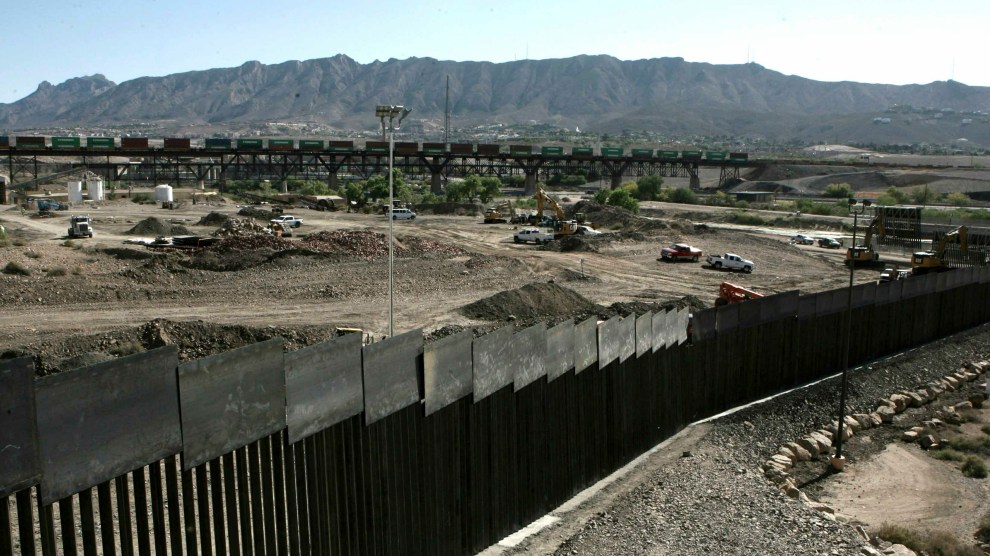 This story was published originally by ProPublica, a nonprofit newsroom that investigates abuses of power. Sign up for The Big Story newsletter to receive stories like this one in your inbox.

It’s not a matter of if a privately built border fence along the shores of the Rio Grande will fail, it’s a matter of when, according to a new engineering report on the troubled project.

The report is one of two new studies set to be filed in federal court this week that found numerous deficiencies in the 3-mile border fence, built this year by North Dakota-based Fisher Sand and Gravel. The reports confirm earlier reporting from ProPublica and The Texas Tribune, which found that segments of the structure were in danger of overturning due to extensive erosion if not fixed and properly maintained. Fisher dismissed the concerns as normal post-construction issues.

Donations that paid for part of the border fence are at the heart of an indictment against members of the We Build the Wall nonprofit, which raised more than $25 million to help President Donald Trump build a border wall.

Former Trump chief strategist Steve Bannon, We Build the Wall founder Brian Kolfage and two others connected to the organization are accused of siphoning donor money to pay off personal debt and fund lavish lifestyles. All four, who face up to 20 years in prison on each of the two counts they face, have pleaded not guilty, and Bannon has called the charges a plot to stop border wall construction.

We Build the Wall, whose executive board is made up of influential immigration hard-liners like Bannon, Kris Kobach and Tom Tancredo, contributed $1.5 million of the cost of the $42 million private border fence project south of Mission, Texas.

Company president Tommy Fisher, a frequent guest on Fox News, had called the Rio Grande fence the “Lamborghini” of border walls and bragged that his company’s methods could help Trump reach his Election Day goal of about 500 new miles of barriers along the southern border.

Instead, one engineer who reviewed the two reports on behalf of ProPublica and The Texas Tribune likened Fisher’s fence to a used Toyota Yaris.

“It seems like they are cutting corners everywhere,” said Alex Mayer, a professor of civil engineering at the University of Texas at El Paso. “It’s not a Lamborghini, it’s a $500 used car.”

Since Fisher’s companies embarked on construction of the Rio Grande fence, the Trump administration has awarded about $2 billion in federal contracts to the firms to build segments of the border wall in other locations.

Fisher agreed to the inspection as part of ongoing lawsuits against Fisher Sand and Gravel filed last year by the National Butterfly Center and the International Boundary and Water Commission. They unsuccessfully sought to convince a federal judge to stop the construction of the project until the potential impacts of the wall on the Rio Grande could be determined.

Mark Tompkins, an environmental engineer hired by the wildlife refuge, noted in his report that widespread erosion and scouring occurred after heavy rain events such as Hurricane Hanna in July, but that the fence has yet to experience a flood of the Rio Grande.

“When extreme flow events, laden with sediment and debris, completely undermine the foundation of the fence and create a flow path under the fence or cause a segment of the fence to topple into the river, unpredictable and damaging hydraulics will occur,” he added in an affidavit to be filed in court.

Experts have said the fence will face a never-ending battle with erosion given its proximity to the water and the sandy, silty material of the banks. In the Rio Grande Valley, the federal government usually builds sections of the wall miles inland on top of existing levees, partly due to erosion concerns.

A second report, based on a geotechnical and structural inspection by the Millennium Engineers Group of Pharr, Texas, also hired by the National Butterfly Center, found that the fence was stable for now, but that it faces a host of issues. They include soil erosion on the river side—in some areas gaps up to three feet wide and waist deep, concrete cracking, construction flaws and what the firm concluded was likely substandard construction material below the fence’s foundation.

The Millennium engineers called for a clay covering to protect the embankment from erosion, as well as closely monitoring the project.

Its conclusion: “The geography at the wall’s construction location in comparison to the river bend is not at a favorable location for long-term performance.”

According to a copy of an operation and maintenance plan, Fisher Sand and Gravel plans quarterly inspections of the fence as well as extra checkups after large storms. The company had also said it would plant grasses that better hold in place the sandy riverbank and add a layer of rocks to lessen erosion. New soil will also be “treated and seeded” to help fill ground cover.

Tompkins called the maintenance plan “completely inadequate” and a “haphazard and unprofessional approach to long-term maintenance.”

Tommy Fisher said Tuesday that he couldn’t comment on the reports because he hadn’t reviewed them. But he added that his company has fixed all of the erosion, in part by adding a 10-foot-wide road made out of rocks for the Border Patrol to drive over that his crew considered big enough so it wouldn’t be as easily displaced. He estimates it will cost up to $150,000.

“Bottom line, if you want border security on the border you have to think outside the box,” he said. “I feel very comfortable with what we’ve done.”

In July, Fisher appeared on a podcast hosted by Bannon, who called Fisher “kind of a mentor” who “taught me really about how you actually have to build a wall.”

Asked about the engineering concerns, which Bannon said were part of a “hit piece,” Fisher called them “absolutely nonsense.”

“I would invite any of these engineers that so-called said this was gonna fall over, I’ll meet ‘em there next week…If you don’t know what you’re talking about, you probably shouldn’t start talking,” he said. “It’s working unbelievably well. There’s a little erosion maintenance we have to maintain.”

But to experts, Fisher’s planned fixes are inadequate.

“To me, it’s almost like putting a Band-Aid on a gaping wound,” said Adriana E. Martinez, a Southern Illinois University Edwardsville professor and geomorphologist who reviewed the reports on behalf of ProPublica and The Texas Tribune.

Officials with the International Boundary Commission have said that they too have found “significant erosion,” but spokeswoman Sally Spener said she couldn’t elaborate on that or on mitigation plans due to pending litigation. The binational body regulates building in the floodplain between the U.S. and Mexico because structures can worsen flooding and alter the course of the river, potentially violating international water treaties.

The Mexican section of the commission has said it worries the wall could obstruct the river’s flow or be knocked down by the force of the water, according to Spener.

Trump tried to distance himself from the private fence after the ProPublica/Tribune stories, saying that he had never agreed with it and that it had been done to make him look bad. He again distanced himself from the project and We Build the Wall after the charges against Bannon and the others.

“When I read about it, I didn’t like it,” he said. “It was showboating and maybe looking for funds. But you’ll have to see what happens.”

Last November, We Build the Wall representatives met with Customs and Border Protection officials about donating the group’s first border wall project—a half-mile fence in Sunland Park, New Mexico, just outside El Paso. According to a memo obtained by The Nation, CBP called it an “overall positive meet and greet.”

But the federal agency identified several areas of concern with the Sunland Park project, including the possibility that it would require an environmental assessment, but also the fact that Fisher Industries had inflated the speed with which it could complete the project.

“Their performance on this small project shows that some claims may have been inflated due to lack of experience with this type of work,” the memo states.

Fisher has said he wants to donate the Rio Grande fence to the federal government as well, although it’s unclear whether the government will take it. The fence likely will come with a hefty tax bill if not donated, after Hidalgo County recently appraised the land’s value at more than $20 million, which Fisher said his company will fight.

The next court hearing regarding the pending federal lawsuits is scheduled for Sept. 10.