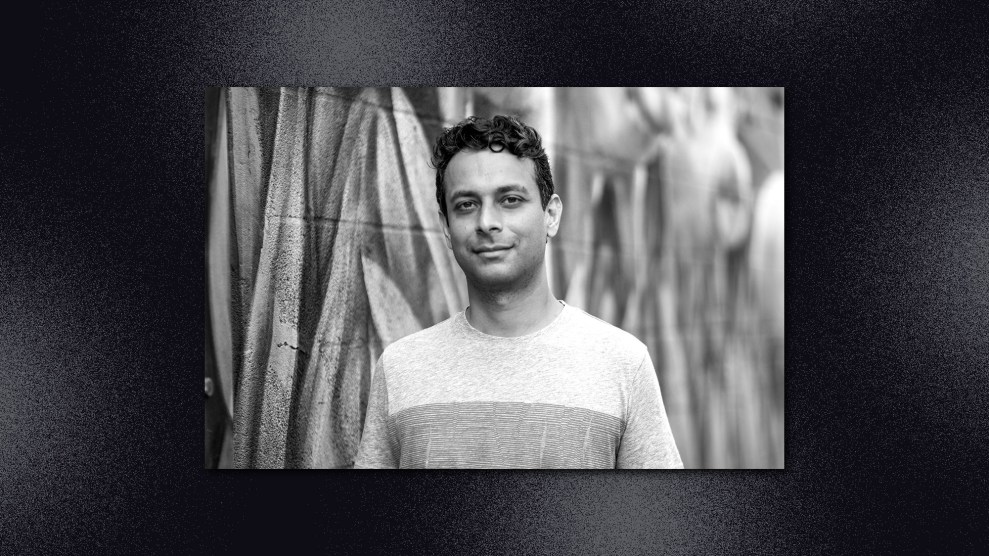 Temporary H1-B visas are awarded to highly skilled foreign workers—most of them from India—after employers request to bring them to the United States. But in 2017, Trump made sweeping changes to the program, denying visas at a record rate. Some of the H1-B visa holders being denied, like 38-year-old Vishakh, have had visas for years and have degrees from US universities.

Vishakh as told to Fernanda Echavarri

I actually first came to the United States when I was a child. My mom was studying here, so I accompanied her when I was 8 or 9, and it left a huge impression on me because I was a curious person. The Indian educational system was pretty stifling. Here, you were allowed to have your own ideas and think for yourself.

I always wanted to go to school in the United States, and I eventually ended up in California with a student visa. Later on, I went to grad school at Columbia, where I did research in computational biology. The idea was always to have a career in research, but at some point, I decided to take a few years off and work in corporate America to pay back student loans. As an Indian citizen, I needed to be on an H1 visa in order to work here.

Once I started laying down some roots, had a social network, and got reasonably close to my colleagues, I started thinking about staying here for the long haul. So five years into the job—typically your H1 visa is good for up to six years—I approached my employers. They were happy to sponsor me for a green card. But that process is quite long. Back in the day, it used to be, on average, seven years for Indian and Chinese citizens. And eventually it became something ridiculous, like 10 or 11 years, and now, I think it’s at least 15 years.

I was approved for a green card, but there’s only a certain number of green cards that can be assigned to citizens of any country in any one year. If I had been, I don’t know, Norwegian, Nigerian, or whatever, I would have had my green card many years ago. So I was just renewing my H1 visa. But then, in 2017, I was trying to change employers and this transition, normally a very trivial process, really caused me a lot of heartache and trouble. What should have been two or three weeks of paperwork took more than two years.

People like me are used to the bureaucracy. But the cruelty that has happened in the last four years just feels so unnecessary.

Before, when you were switching jobs under an H1 visa, there was still a little bit of uncertainty involved, but it was sort of understandable. You still felt that the system was working. It was just a bit slow or maybe a little bit complicated, but fundamentally, the system was trying to obey something orderly, something rational.

People like me are used to the bureaucracy. But the cruelty that has happened in the last four years just feels so unnecessary, and I really fail to see who it is helping. The whole time that I was stuck in limbo, while I was waiting for my visa transfer to happen, it felt really, really hostile.

In August of last year, I was supposed to fly to San Francisco and give a talk, and it was a big deal. Two days before that, I got a letter in the mail saying my visa transfer was denied and that I must leave the country. So I call the lawyer and I’m like, “What’s the deal?” And she said, “You need to leave. Earlier, you could have stuck around for 60 days, maybe a bit longer than that. But now there’s a chance that they’d send you to ICE detention.” I told her I was committed to this talk, there were 200 people turning up— could I still go and fly back and then get rid of everything and I’ll leave the country? She said, “No, it’s a bad idea because you’re flying through the airports, and you never know.”

I have this degree, I have all this experience, I have all these accomplishments, but at the end of the day, what’s the difference between me and someone who doesn’t have all these opportunities in life? They’re coming here, they’re working hard, I’m sure they’re pulling longer hours than me, they’re living under the same kind of threat. There’s no such thing as a “good immigrant.”

The immigration system here has never been fantastic. I’m sure if you talk to different types of immigrants during the Obama years, you hear a lot of frustration. But what really changed was the system became unnecessarily cruel.

There’s no such thing as a “good immigrant.”

I believe in contributing to society. I natively speak English. I have an Ivy League degree. I’ve been contributing to the economy and have paid a lot in taxes. I don’t know what more I can do, right? And still they see it fit to give me a very short notice and just tell me to pack everything up and say goodbye. I said goodbye to everybody I know. I had final lunches with everybody. I said goodbye to my favorite places in New York City.

When I got the denial, my company was very supportive, and eventually we filed a lawsuit. Then the next day, magically, they reopened my application, and they approved it. But even to this day, if you come to my apartment, I still have a bunch of boxes packed with stuff. Why would I unpack fully? I unpacked some stuff because I have to cook and live and eat. But, psychologically, I can’t get myself to fully unpack to this day.

I like to bike to this place out on the Hudson. I sit there and look at Manhattan from a distance. I eat my empanadas and I just watch the river. So last year, I said goodbye to it. I did my final few bike rides and said goodbye. Now, it’s weird, almost a year has passed, and it feels bizarre to be sitting in the same spot. It’s almost like I’m not here.