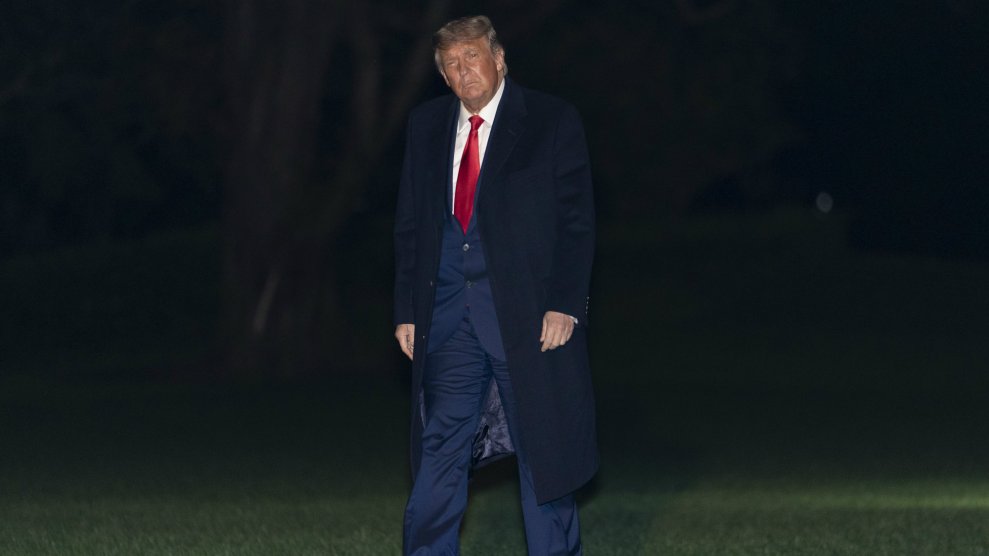 In the early hours of Friday morning, the White House announced that President Trump and his wife, Melania, had tested positive for the coronavirus. Almost immediately, there were calls for expressions of empathy for them as they were diagnosed with this potentially deadly disease that has already killed 207,000 people.

Interesting to see those who’ve spent the last few years screaming that Trump’s an uncaring, heartless empathy-devoid b*stard now spewing their gleeful joy that he & his wife have a deadly virus. They’re no better than the man they loathe.

Looking forward to all the kind-hearted expressions of sympathy to Trump and Melania from the blue-checkmark Left.

Jill and I send our thoughts to President Trump and First Lady Melania Trump for a swift recovery. We will continue to pray for the health and safety of the president and his family.

In the past, presidents have served as role models, the consolers-in-chief during times of national tragedy. One need only look at Ronald Reagan during the Challenger disaster, Bill Clinton after the Oklahoma City bombing, George W. Bush after 9/11, and Barack Obama after the mass shooting in Newtown and the racist murders in the Black church in Charleston, to see presidential eloquence in expressing grief for the nation. But from the very beginning of his presidency, Trump has chosen not to occupy that role—culminating in his responses to the pandemic.

When the coronavirus began to spread in the United States, Trump immediately began to downplay its seriousness—even as he admitted to journalist Bob Woodward that he appreciated COVID-19 was far deadlier than the flu. As the death toll climbed, Trump not only did not implement an effective systemic public health response but refused to acknowledge the collective grief bearing down on a nation. As families and communities struggled to mourn over Zoom and suffered through the loss of physical contact with loved ones, the president pressured everyone to just get on with their lives.

To make matters worse, his inability to understand science has led to what is considered to be one of the worst pandemic responses in the world, leading to unnecessary loss of life. Trump has flip-flopped on mask-wearing, sometimes saying he’s fine with masks but also mocking Biden for wearing a mask in public and demeaning the size of Biden’s socially-distant campaign events. Trump has insisted that the virus would disappear without a vaccine but is also bragging about how a vaccine will be ready in a matter of weeks. His blatant contradictions of his own public health officials have resulted in mass confusion. Beyond the cacophony of misleading statements and outright lies, one thing has remained constant: Trump doesn’t care about coronavirus victims.

Beyond the cacophony of misleading statements and outright lies, one thing has remained constant: Trump doesn’t care about coronavirus victims.

But now he’s one of them. After months of traveling to crowded rallies without a mask, Trump and the First Lady—not to mention members of his closest staff— have joined the more than 7 million people in the US who have contracted COVID-19. According to the White House, the president is experiencing “mild symptoms” of the virus.

The level of sheer heartlessness coming from the White House is difficult to overstate. In August, when the death toll was at 158,000, Axios reporter Jonathan Swan asked Trump about the staggering death toll. “It is what it is,” Trump responded, with some irritation. When the United States crossed the grim milestone of 200,000 late last month. Trump offered no sympathy or condolence, instead opting for more of the denial that’s characterized his pandemic response. “This affects virtually nobody,” he told thousands of people at a packed rally in Minnesota. “Nobody” for Trump equals hundreds and thousands people, a disproportionate amount of them who are Black and Brown and poor.

Of course, the signs that empathy would simply not be in the cards for this presidency were obvious from the beginning. In the early days of his campaign, he mocked Serge Kovaleski, a reporter with a disability that makes it difficult to move his arms. Then, in the weeks leading up to the 2016 election, Hillary Clinton contracted pneumonia and was caught on tape falling down. Trump ridiculed her at a rally and pretended to stumble on stage.

In 2017, after Hurricane Maria brought catastrophic winds and rains to Puerto Rico, leaving millions without water, food, or electricity, Trump chose to spar with San Juan’s mayor Carmen Yulín Cruz, blaming her for the disaster. When he finally went to the island, he tossed paper towel rolls into the crowd. The First Lady is not exempt. In 2018, on a trip to Texas where the administration was holding children who had been separated from their parents at the border, Melania was photographed boarding a plane in a green jacket that said, “I Really Don’t Care. Do U?”

Underpinning the disastrous response to the pandemic has been the ongoing plague of racism in the United States and the attempted reckoning for racial justice. When George Floyd, a 46-year-old Black man in Minneapolis, was killed by a white police officer who knelt on his neck for nearly nine minutes, Trump tried to offer words of support for Floyd’s family—but could never quite get there. It wasn’t long before the president was retweeting pundits impugning Floyd’s character and threatening to shoot Black Lives Matter protesters. He did not hesitate, however, to offer words of support for Kyle Rittenhouse, the white 17-year-old charged with murder after he killed two racial justice protesters. The message was clear: The president does not care about Black lives—or the people who do.

During the first memorably chaotic presidential debate two days before the president revealed his diagnosis, Trump brought his lack of empathy to new lows. When Joe Biden referred to the impressive military service of his late son, Beau, who died of brain cancer in 2015, Trump taunted his opponent. “Are you talking about Hunter?” he asked, knowing the answer. “No, I’m talking about Beau,” Biden replied. “I don’t know Beau,” Trump shot back and then attempted to focus on Hunter Biden’s ties to Ukraine. At that same debate, Trump refused to denounce the Proud Boys, a neo-fascist group. Two days later, he got COVID.

The defenders of civility may think that the only appropriate response from liberals, Democrats, and the American public in general is empathy for the First Family as they face this health crisis. But Trump has not bothered with even the most pro forma expression of sympathy or sadness for coronavirus victims. And for Black and Brown people and other marginalized groups, he’s expressed actual disdain. He’s an incompetent racist who only cares about his own fundraising and reelection; his aversion to sympathy has led to the highest coronavirus death toll in the world and an alarming uptick in white supremacist violence and rhetoric. To demand empathy in the face of such deadly indifference is not civility at all—it just adds to the cruelty.