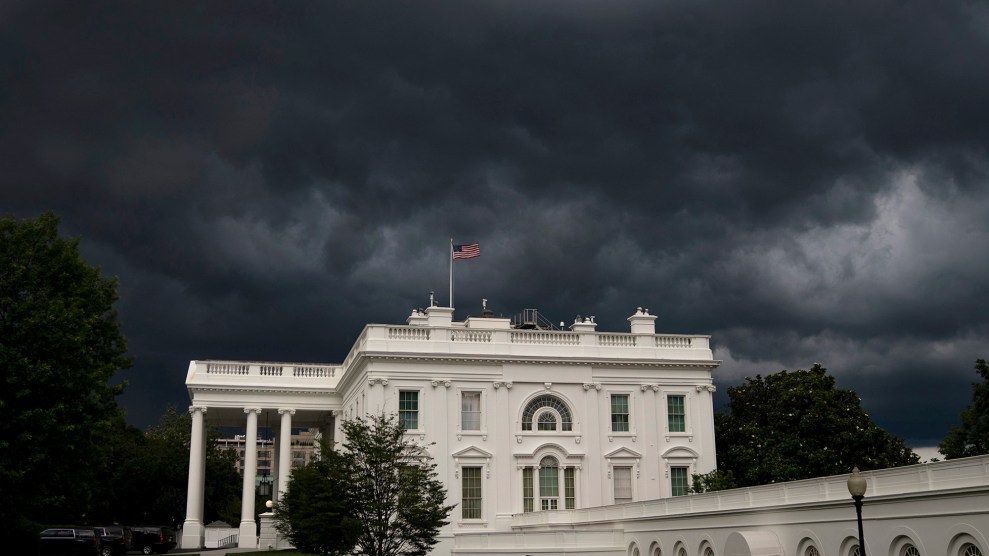 During the housing crisis, Americans were introduced to a real estate term most hadn’t heard before: “trash out.” Having been lured into mortgages they couldn’t afford, foreclosed homeowners were walking away from properties, abandoning whatever they couldn’t pack before the bank came to seize the property. They left behind garbage, rotting food, furniture, even photographs and other items that were personally dear. Sometimes the place wasn’t just full of trash, but trashed: Embittered owners would say fuck you to the bank and the whole state of the world by pouring paint on the carpets and into the toilets, punching holes in the walls, smashing tiles, and ripping out copper pipes, light fixtures, and appliances.

A house—and in some places there were neighborhoods full of such houses—would then be visited by trash-out crews, who’d haul away the garbage, cut the overgrown lawns and hedges, and change the locks to prep the place for sale, if anyone was still buying.

We are now entering the trash-out phase of the Trump presidency. An eviction notice has been served to the real estate mogul who somehow got the keys to the White House. Also facing eviction: his slumlord son-in-law and a host of officials who were directly implicated in causing or profiting off the housing crisis, including Treasury Secretary Steve Mnuchin and Commerce Secretary Wilbur Ross. And scores of other complicit crooks and moral goblins.

Trump’s political eviction comes as some 35 million Americans imminently face real evictions, thanks to his negligent handling of the pandemic and Mitch McConnell’s refusal to pass a second round of stimulus. More people will be put into the streets, forced to rely on food banks, unable even to access shelters that have been closed to stop the spread of COVID. They cannot decamp to Mar-a-Lago, or Bedminster, or Doral, or Bedford, or Dubai, or Aberdeen.

But such contrasts in fortune, or love of country, will not sway Trump from trashing the place. He’s never shown much interest in the job except for the pomp and the power to ether enemies on Twitter. He’s powered only by grievances, the epitome of a sore loser.

If it were only damage to America’s house that we need fear, we could accept that coda to this annus horribilis. The British looted and burned the building before, but soon the portrait of George Washington that Dolley Madison rescued was back in, the bullet holes and scorch were plastered and painted over, and the country survived.

Trump has already trashed so many norms and laws and standards of decency that to confront what he might do now prompts both weariness and terror. Accelerate his family’s personal looting for sure. Hand out favors to contributors and flunkies, of course. Pardon more criminal toadies, racists, his family, maybe even himself. What will he do to punish political allies he feels let him down—to say nothing of the governors who stood up to him or the states that didn’t vote for him? Already he’s pushing people out. The chair of the Federal Energy Regulatory Commission was booted Thursday. On Friday evening, Trump fired Bonnie Glick from her post as deputy administrator of the US Agency for International Development, which helps global efforts to fight the pandemic. Why? “She was fired Friday because the White House would rather have its political allies in control of the agency than an establishment Republican with actual expertise and experience,” notes the Washington Post. On Monday, Trump “terminated” Defense Secretary Mark Esper by tweet; Esper had fallen out with the president for, among other things, disagreeing with Trump over using troops in a domestic law enforcement role, and being open to changing the renaming military bases that honor Confederate generals. “Who’s going to come in behind me?” Esper told the Military Times shortly before he was fired. “It’s going to be a real ‘yes man.’ And then God help us.”

Who’s next? Likely contenders are FBI Director Christopher Wray, CIA Director Gina Haspell, even Attorney General Bill Barr (okay, I’m fine with that). And which super stooges might Trump elevate? Maybe Hope Hicks becomes an acting Cabinet official—why not? Richard Grenell takes Haspell’s place—not impossible. But don’t let your imagination stop there. He retains the full powers of the presidency until noon on January 20. Though he never paid any attention to his presidential daily briefings, what’s to stop him from putting the nation’s most valuable national security secrets on a thumb drive and hold them hostage or put them on the open market? What if he orders federal troops into Portland or Philadelphia? He’s done it before. What if the next time he gets pissed at Iran or North Korea, he launches missiles?

We face a very dangerous next two months. Trump’s closest advisors won’t even tell him (or do not believe) that he’s lost; they’re certainly not going to dissuade him from further vandalizing the country. The Republican establishment has prostrated itself to him in exchange for tax cuts and judges and to avoid being on the receiving end of mean tweets, but party leaders view him with contempt, and the feeling is mutual. No help there. His kids are complicit. There’s no indication he takes counsel from his wife, and less indication that any such counsel would be wise.

Even if Joe Biden were tempted to pull a Gerald Ford and pardon Trump in exchange for a normalish transition (which would guarantee a meltdown on the left), Trump faces criminal charges and civil lawsuits in state courts. Some kind of blanket multi-jurisdictional promise was made to Spiro Agnew to get him to go away, but here’s the other thing: Trump does not want to go quietly. It’s not just that he has no sense of patriotism or personal dignity; it’s that his brand—his psyche—is built on bullying and bluster. He’s incapable of acting in the greater interest, and he’s not even able to recognize that going through the motions of such sentiments are in his own interest. (See: his treatment of John McCain and Arizona’s election results.)

So buckle up: It ain’t over yet. When you elect garbage as president, it can only end in a trash out.