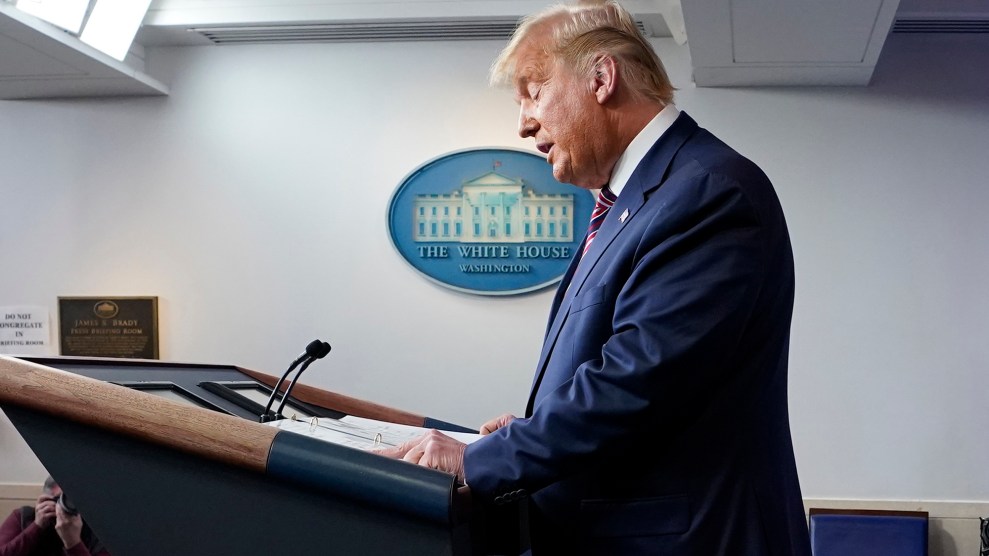 Things are looking very bad for President Trump in Pennsylvania. Decision Desk, which is used by some outlets to track and call elections, has already declared Joe Biden the winner in the state—which Trump absolutely must win to have any shot at reelection. Other outlets haven’t quite seen enough, but the absentee ballot count has gone overwhelmingly for Biden (not surprising, given that the president discouraged his supporters from voting by mail), and since Biden passed Trump in the statewide totals early Thursday, his lead has steadily grown. It now stands at nearly 30,000 votes.

How is Trump taking this? Not well. On Saturday morning, he fired off a series of tweets pushing false theories about what’s happening in Pennsylvania, in an attempt to egg on his supporters’ protests and rally Republicans to his side:

First: Ballots received after Election Day aren’t illegal, because a state court ruled a week before the election that the state’s deadline (which was Election Day) must be extended to November 6 (which was yesterday). Voters cast those ballots legally under the law as it was applied at the time. Had that not been the law at the time, many of those voters likely would have returned their ballots in person instead. There’s nothing shady about these ballots. Trump’s hope here is simply that the US Supreme Court will overturn the decision after the election and throw out those ballots.

Second: These ballots haven’t actually been added to the count! They have been set aside by counties in anticipation of court challenges. Trump’s current deficit—which may be insurmountable—doesn’t even include these late-arriving ballots. That deficit is a result of absentee ballots received by Election Day finally being counted. The reason they are being counted now is that the Republican legislature blocked efforts that would have allowed counties to count these ballots before Election Day, in order to set up this exact dynamic.

And lastly, it’s just not true that Trump’s campaign hasn’t been allowed to observe the vote count. As CBS News reported in an excellent debunking of this claim (it’s not the first time Trump has made it), his campaign’s big fight in Pennsylvania was simply over how close observers in the room could stand to the election workers. They got it shortened to six feet. You can also watch them work on a live stream.

As is becoming a habit, Trump’s tweets were up for only a few minutes before Twitter slapped a label on them warning that the information they contain “is disputed and might be misleading.”