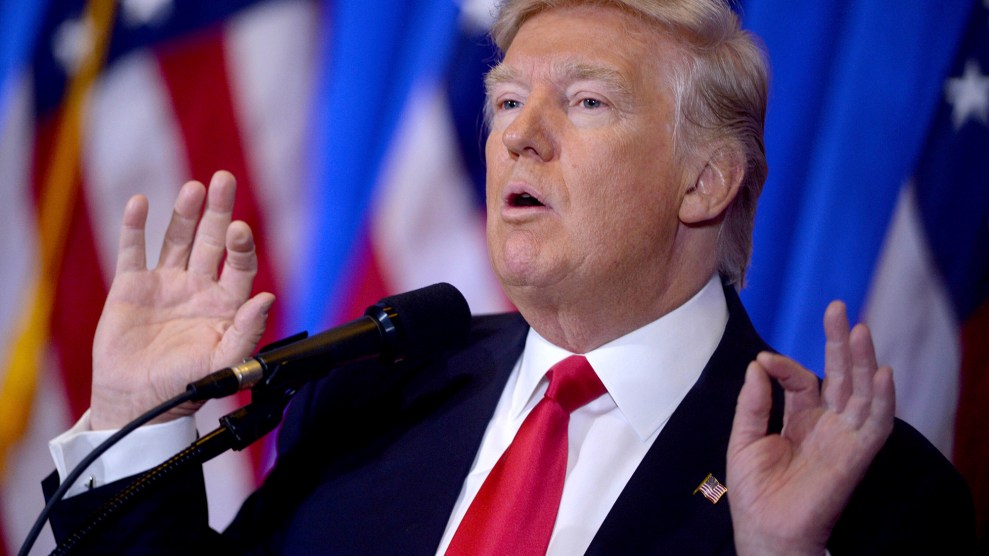 In the newest chapter of President Donald Trump’s refusal to accept defeat and his aggressive attempt to undermine an election that he lost decisively, the Washington Post reported on an hour-long telephone call Trump made on Saturday to Georgia Secretary of State Brad Raffensperger. The Post obtained a recording of the call, in which Trump appeared urged Raffensperger, who is a Republican, to manipulate the election by “recalculat[ing]” the results and “find[ing]” enough votes so that he would be declared the victor.

During the call, Trump oscillated between trying to level with and flatter Raffesnsperger, and threaten him:

During their conversation, Trump issued a vague threat to both Raffensperger and Ryan Germany, the secretary of state’s legal counsel, suggesting that if they don’t find that thousands of ballots in Fulton County have been illegally destroyed to block investigators—an allegation for which there is no evidence—they would be subject to criminal liability.

“That’s a criminal offense,” he said. “And you can’t let that happen. That’s a big risk to you and to Ryan, your lawyer.”

Trump also suggested that voters will punish Raffensperger, and two Georgia GOP Senatorial candidates, Sens. Kelly Loeffler and David Perdue, at the polls in their upcoming runoff election to retain their seats (Raffernsperger’s term isn’t up until 2023). As the Post reported:

“You have a big election coming up and because of what you’ve done to the president —you know, the people of Georgia know that this was a scam,” Trump said. “Because of what you’ve done to the president, a lot of people aren’t going out to vote, and a lot of Republicans are going to vote negative, because they hate what you did to the president. Okay? They hate it. And they’re going to vote. And you would be respected, really respected, if this can be straightened out before the election.”

Despite the threats, Raffensperger didn’t yield to Trump, telling the President: “Well, Mr. President, the challenge that you have is, the data you have is wrong.”

Trump based many of his assertions on conspiracy theories and disproven hoaxes that have run wild online and been repeated by Trump, right-wing news channels like One American News Network and Newsmax.

He floated a barrage of assertions that have been investigated and disproven: that thousands of dead people voted; that an Atlanta election worker scanned 18,000 forged ballots three times each and “100 percent” were for Biden; that thousands more voters living out of state came back to Georgia illegally just to vote in the election.

Experts that the Post shared the audio with were concerned by what the President said in the call.

[E]xperts said Trump’s clearer transgression is a moral one. Edward B. Foley, a law professor at the Ohio State University, said that the legal questions are murky and would be subject to prosecutorial discretion. But he also emphasized that the call was “inappropriate and contemptible” and should prompt moral outrage.

Listen to the full audio of the Post’s recording here: