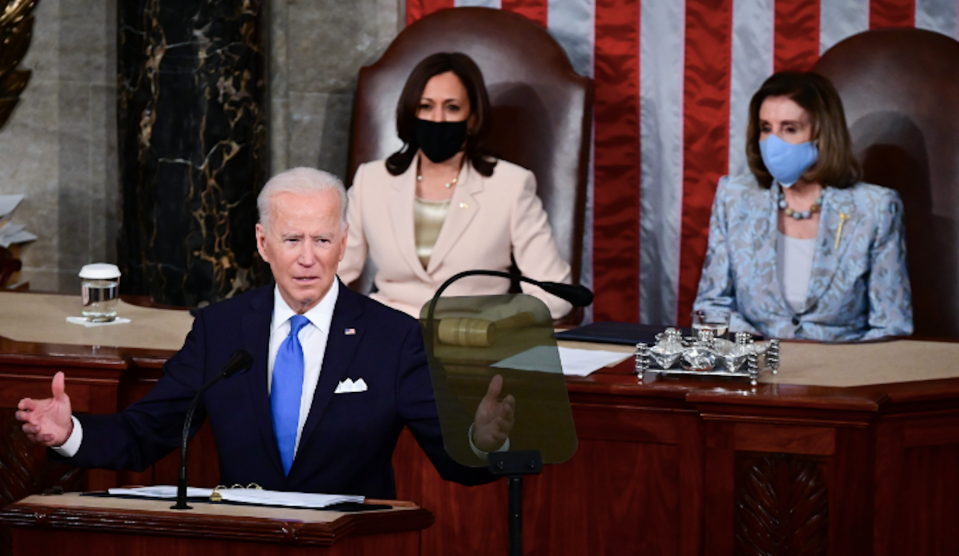 Unable to resort to the party’s typical racist and sexist dog-whistles, Republicans have been struggling to land an effective line of attack against President Joe Biden, who in his first 100 days in office, has proven to be quite popular with the American public. But one unified criticism that has emerged, particularly after Biden’s first joint address to Congress this week, is that the new president is engaged in a wild and reckless spending spree.

“He’s spending like crazy,” Sen. Mitt Romney (R-Utah) warned. “It has the potential of jeopardizing our kids’ future and socking us with decades of interest costs.” In presenting the official Republican response to Biden’s address, Sen. Tim Scott (R-S.C.) argued, “Even more taxing, even more spending to put Washington even more in the middle of your life.” Scott also mocked Biden’s American Families Plan as a form of “big government waste” and accused the president of promoting a divisive agenda that could “tear us apart.”

Such complaints against big government spending, of course, are time-honored talking points for Republicans, and a new poll shows that Americans are increasingly unconvinced by the GOP’s complaints. In fact, Biden’s spending proposals appear to be winning by a landslide. According to a Reuters/Ipsos survey released on Friday, the various proposals at the center of Biden’s economic plan—including tax hikes for the wealthy and bulking up IRS audits for high earners—all polled at over 60 percent. The most popular measure by far, paid family and medical leave, had the backing of an overwhelming 69 percent of Americans polled. Overall, 73 percent of those polled approved of Biden’s plans for the economy.

Though the responses split across party lines, Reuters reports that there was some considerable dissonance among Republicans polled. One notable break was the view on “trickle-down economics”—the discredited economic theory popularized by former president Ronald Reagan that argues tax breaks for the very wealthy will trickle down to the middle class and poor people—with four in 10 agreeing with Biden’s claim this week that it’s a failed theory. In any event, it appears that Republicans will have to go back to the drawing board if they want to identify a real threat to Biden’s popularity. If Biden’s American Families Plan becomes reality, as Paul Krugman writes this week, that task will be even more urgent, since it’s highly unlikely that Americans will be willing to part with critical social benefits so much of the rest of the world gets to take for granted.