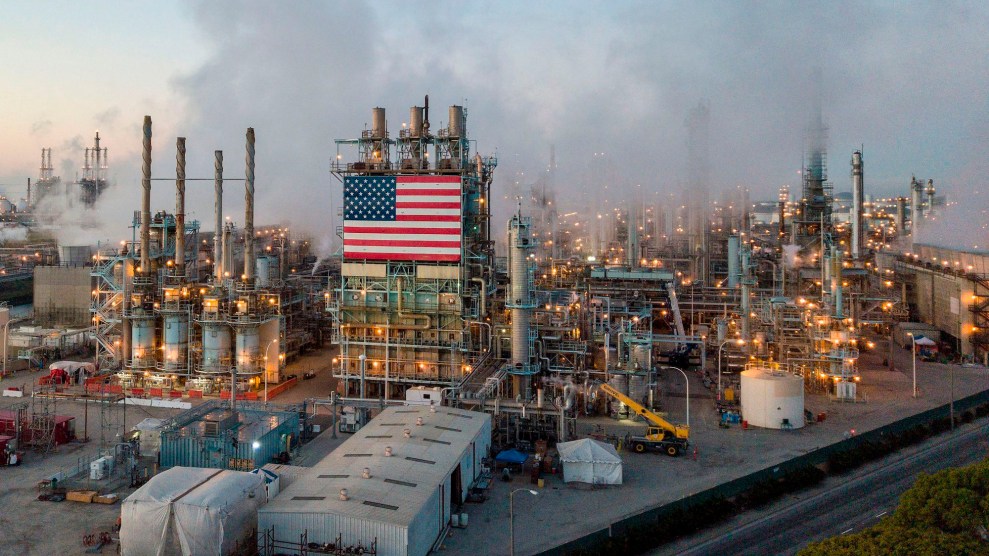 Fossil-fuel companies have received billions of dollars in tax benefits from the US government as part of coronavirus relief measures, only to lay off tens of thousands of their workers during the pandemic, new figures reveal.

A group of 77 firms involved in the extraction of oil, gas and coal received $8.2 billion under tax-code changes that formed part of a major pandemic stimulus bill passed by Congress last year. Five of these companies also got benefits from the paycheck protection program, totaling more than $30 million.

Despite this, almost every one of the fossil-fuel companies laid off workers, with a more than 58,000 people losing their jobs since the onset of the pandemic, or around 16% of the combined workforces. The largest beneficiary of government assistance has been Marathon Petroleum, which has got $2.1 billion in tax benefits.

“I’m not surprised that these companies took advantage…but I’m horrified by the layoffs.”

However, in the year to December 2020, the Ohio-based refining company laid off 1,920 workers, or around 9% of its workforce. As a comparative ratio, Marathon has received around $1 million for each worker it made redundant, according to BailoutWatch, a nonprofit advocacy group that analyzed Securities and Exchange Commission filings to compile all the data.

Phillips 66, Vistra Corp, National Oilwell Varco and Valero were the next largest beneficiaries of the tax-code changes, with all of them shedding jobs in the past year. In the case of National Oilwell Varco, a Houston-headquartered drilling supply company, 22% of the workforce was fired, despite federal government tax assistance amounting to $591 million.

Other major oil and gas companies including Devon Energy and Occidental Petroleum also took in major pandemic tax benefits in the last year while also shedding thousands of workers.

“I’m not surprised that these companies took advantage of these tax benefits, but I’m horrified by the layoffs after they got this money,” said Chris Kuveke, a researcher at BailoutWatch.

“Last year’s stimulus was about keeping the economy going, but these companies didn’t use these resources to retain their workers. These are companies that are polluting the environment, increasing the deadliness of the pandemic and letting go of their workers.”

The tax benefits stems from a change in the Cares Act from March last year that allowed companies that had made a loss since 2013 to use this to offset their taxes, receiving this refund as a payment.

The extended carry-back benefit was embraced by the oil and gas industry, with many companies suffering losses even before Covid-19 hit. Pandemic shutdowns then severely curtailed travel by people for business or pleasure, dealing a major blow to fossil-fuel companies through the plummeting use of oil, with the price of a barrel of oil even entering negative territory at one point last year.

A spokesman for Marathon, the one company to answer questions on the layoffs, said the business made “the very difficult decision” to reduce its workforce, providing severance and extended healthcare benefits to those affected.

“These difficult decisions were part of a broader, comprehensive effort, which also included implementing strict capital discipline and overall expense management to lower our cost structure, to improve the company’s resiliency, and re-position it for long-term success,” the spokesman said. “We look forward to better days ahead for everyone as the nation emerges from the pandemic.”

“They had no problem paying their executives for good performance when they didn’t perform well.”

“They had no problem paying their executives for good performance when they didn’t perform well,” said Kuveke. “There is no problem with working Americans retaining their jobs but I don’t believe we should subsidize an industry that has been supported by the government for the past 100 years. It’s time to stop subsidizing them and start facing the climate crisis.”

Faced by growing political and societal pressure in their role in the climate crisis and the deaths of millions of people each year through air pollution, the oil and gas industry has sought to paint itself as the protector of thousands of American workers who face joblessness due to Joe Biden’s climate policies.

“It’s important to note that our industry receives no special tax treatment, and we will continue to advocate for a tax code that supports a level playing field for all economic sectors along with policies that sustain and grow the billions of dollars in government revenue that we help generate.”