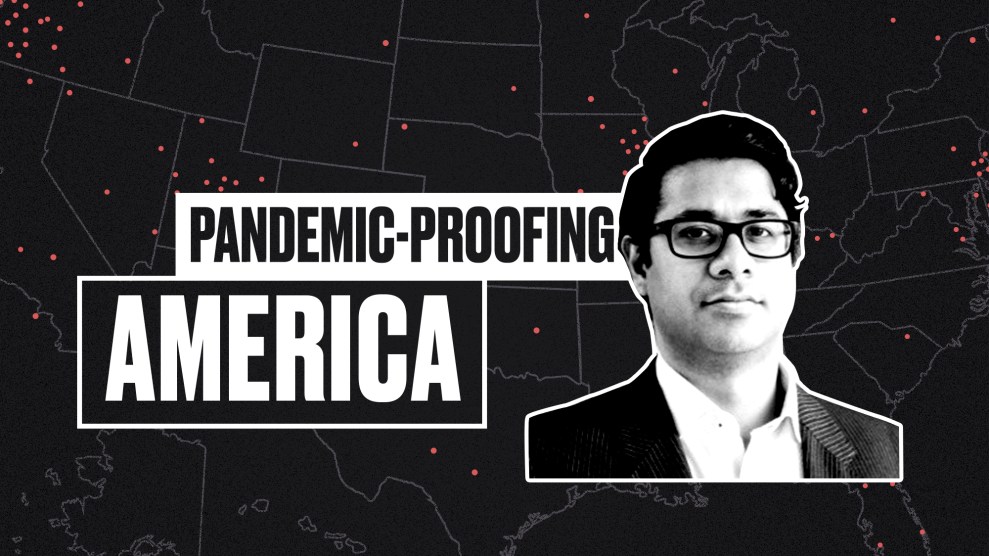 On a hazy day in early March, a drone packaged in protective red casing and carrying precious cargo descended upon a crowd gathered in the Ashanti region of Ghana. The cargo was a shipment of the AstraZeneca vaccine, and the healthcare workers at the Asuofua Health Center were the first in the world to receive the vaccine by drone.

Equitable vaccine distribution has long been a point of contention on the global stage. The People’s Vaccine Alliance, a group of charities and public-interest organizations that includes Amnesty International and Oxfam, has accused richer nations of hoarding up to three times as many vaccines as needed for their populations; meanwhile, close to 100 lower-income countries won’t be fully vaccinated until 2023, if at all. And infrastructure gaps in developing nations can make safe vaccine delivery an extraordinary challenge.

Practically speaking, the COVID pandemic can’t end if only some people are vaccinated; ethically speaking, everyone deserves access to life-saving medication. Gavi, a 21-year-old global coalition of public health firms, NGOs, governments, researchers, and charitable foundations, is on a mission to “leave no one behind with immunization”—particularly in low-income countries. Its partners include the WHO, UNICEF, and various private-sector groups, including vaccine manufacturers. Already, Gavi claims to have vaccinated more than 800 million children and to have prevented 14 million deaths from diseases including typhoid and human papillomavirus (HPV).

Gavi has partnered with the UPS Foundation and Zipline to form the “world’s first partially drone-borne COVID-19 immunization campaign,” using drones to provide vaccines to areas without the infrastructure for conventional delivery. Since 2014, Zipline has been using drones (“autonomous aircraft”) to distribute vital supplies, such as PPE and blood, in countries such as Ghana and Rwanda. Moz Siddiqui manages strategic innovation and partnerships for Gavi, including the drone program. Mother Jones spoke with Siddiqui about how the program came about—and its potential for helping the United States, too.

On distributing vaccines in the Global South: While we’ve made a lot of advances, there are still stubborn challenges that a lot of countries face in immunization systems. How do you get vaccines from when they land in the country into a child’s arm? You need a supply chain; you need really strong systems to capture and analyze data, to see where you need to either put more emphasis or actually realize where there might be a problem.

One of the challenges that a lot of countries face is delivery of vaccines where weather is a real challenge, where time is of the essence, or where it’s really geographically difficult to get to that community. We’ve made investments in countries’ immunization supply chains and vaccine supply chains, but we still know that there are these gaps.

It’s a lot more complex than that, obviously, but those are the areas we see that the corporate sector, in some way or another, has solved for: use of data, analysis and informed decisions based on data. The team I lead is trying to understand what works—how do we adapt those things, safely and appropriately supporting that innovation system?

On how the drone partnership came about: In 2015, we were working with the UPS team, and we locked down a partnership with them. They said, “We’ve seen that there are ways to overcome some of these challenges, and have you thought about drones?” And coincidentally, we had been thinking about drones as a technology to support last-mile delivery of vaccines. And they were able to, with us, make a connection to Zipline at that stage.

That order is placed via mobile phone, by the health worker. It’s sent to the supply and distribution site, where they will have the vaccine supplied to them by the government, because it’s being stored at the right temperature in a warehouse. They are able to fulfill the order, take what is needed at that time, launch the drone, and in as little as 15 minutes, you have those vaccines delivered to you.

On how the drone delivery program works: One of the things that you can do—because the speed of delivery is not hours, it’s 15 to 30 minutes—is in areas where you don’t necessarily have cold storage, you can have individuals coming for the vaccine, and the health worker can say, “We have X number of people who are here, we need those doses.” Long story short, it was in 2015 that Gavi, with support from the UPS Foundation and Zipline, built a partnership with the government of Rwanda and established the world’s first medical drone delivery network—with Gavi providing immunization expertise, the UPS Foundation providing some catalytic funding and, more importantly, the expertise to understand how this can be modified.

Whether you’re a remote rural population in Arkansas, or wherever it may be, you’re still facing some of the same challenges that a population in a low-income country would face..

On the role of new technologies in distributing vaccines: The reason we’ve been able, over the last 20 years, to immunize over 850 million children, is because we’ve made technology—in this case, vaccines—accessible and affordable to low-income markets. In the same way, we’ve taken a technology like drone delivery and made it accessible to communities that may not have the resources to do so independently, but certainly have the will, the ingenuity, to take that forward. That’s such a powerful example of how technology, focused on the right problems within the right environment, can really drive global public goods.

And as more doses come online from COVAX, which is what Gavi is really spearheading, those COVID-19 doses would increasingly be delivered by drones as well as by other methods. And so in the coming weeks and months, up to 2.5 million doses will be distributed across vaccination sites. That [drone] deployment will certainly play its part within the health system. It’s a key link in the system.

On how many people could be vaccinated: It’s probably fair to say that the Zipline system in Ghana isn’t going to be a mass vaccination program. There are going to be other systems in place, delivering vaccines by traditional methods. But because the Zipline system is set up, you’re able to get hundreds of health commodities to thousands of facilities across the country. The way their plan works at the moment, they can reach up to half of the population of the country. So it’s something which is at significant scale.

Are drones going to ensure that every person gets a vaccine, by themselves? No. But having them working across multiple sites means you are able to supplement the existing system as needed. It’s another tool that the health system has to deliver vaccines to people when they’re needed. But that system also includes traditional methods, non-drug-delivery, as well.

On the possible impact of drones in future health crises: Put it this way: We know that there will be disease outbreaks, and it’s an evolutionary certainty that there will be other pandemics. Gavi was established to be able to solve that problem. We see this in the current environment—you have a novel vaccine, an effective vaccine, that requires ultra-low temperatures. This problem is playing out in high-income countries because it’s difficult to store in certain areas—how do you get that there? And when you get that vaccine there, you don’t want it sitting unutilized, because there is a shelf life.

So to answer the question, drone delivery, targeted to areas where there isn’t necessarily cold-chain infrastructure, means that you could solve for that problem—that you could get vaccines to that area without having to worry about whether they are the right temperature, whether they are going to just sort of sit unutilized.

It is something that is not just for crises: This is already a system that is used on a routine basis by Ghana. The system can pivot into an emergency situation, but it only is able to do so because it was there in the first place. And I do want to emphasize that this is something which is already fully autonomous. It carries blood, vaccines, and medical supplies to about 1,000 facilities on-demand, 24/7.

On how it could benefit the United States: What we’re seeing is that COVID-19 is a leveler. Whether you’re a remote rural population in Arkansas, or wherever it may be, you’re still facing some of the same challenges that a population in a low-income country would face. In the same way that people in rural America may not be able to get the vaccine because of challenges in delivery and supply, that’s a set of challenges that is faced routinely in countries in Africa and Asia. What we’re seeing here is a technology that has been tested and refined and scaled in Africa, for the first time globally, anywhere in the world. I really want to emphasize that point. This technology is, in some ways, coming home.

I know that Zipline is in conversations with certain providers in the United States. And so a point of pride here is that this company, coming out of the states, has been able to refine—driven by the leadership of these governments in Africa—how this technology can be used in the United States. It’s that idea of reverse innovation, something coming from outside coming back into the United States.

It’s a great, unique solution to a problem being faced by multiple countries. It’s not just a low-income problem anymore. It’s a demonstration of the utility and power of an advanced technology being adapted for a particular context and ensuring that it can be used for public good, whether in Africa or in America, in the UK or anywhere else.

This article has been updated to correct a reference to COVAX, a separate mechanism co-led by Gavi to improve global access to vaccines.